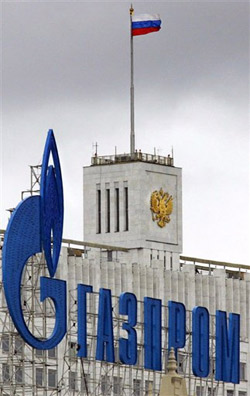 I know what you're thinking. You're thinking, "What!? The President of Russia on a list of moguls? Poppycock!"

Putin's transition to mogul can be traced to his involvement, directly and through proxies, in the astonishing growth and power of Gazprom, Russia's massive petro-conglomerate. When the Soviet Union fell Russia's oil wealth dropped into the lap of a series of petro barons from the inner circles of the former regimes. In the aftermath and chaos of the collapse of one of the world's most powerful empires was a vacuum quickly filled by corrupt officials looking for fast cash.

Putin largely chased them out, but in doing so he installed his own cronies in every position of authority at Gazprom he could find. Simultaneously, Gazprom grew like a hungry blob, consuming industries and eventually absorbing the quivering meat sacks of Russian television and media firms, as well as big greasy chunks of the Russian financial sector.

Worse still, Putin turned his gaze outward, and has used Gazprom as his most powerful agent of foreign policy. The company is in direct competition with the United States and the Chinese to safeguard its oil supplies in the former Soviet states and to capture new supplies in the Middle East and Africa.

Ominous things have been happening at Gazprom for the past year. Perhaps most ominous of all was the granting of nearly unlimited powers to Gazprom and state-owned oil buddy Transneft to create private armies of mercenaries. One of the few opposition members of the Duma that attempted to block the move described the law as,"The creation of corporate armies. If we pass this law, we will all become servants of Gazprom and Transneft." 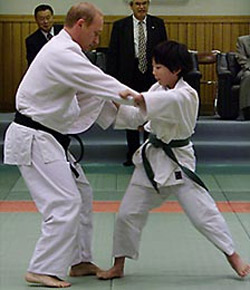 Putin has also intervened directly on behalf of Gazprom and other related interests, forcing BP to sell gas pipelines in Russia to Gazprom at a below-market rate and refusing German air carrier Lufthansa access to Russian airspace as part of a ploy to force the Germans to use a remote location in Siberia as a refueling hub.

The future of Vladimir Putin in Russia seems uncertain, but only on the surface. His second term as President ends in 2008 and term limits on the Presidency restrict him from running for a third term. However, multiple ideas have already been floated by sources in Russia as to how Putin could retain power beyond 2008. The most likely involves Putin running for the potentially co-equal role of Prime Minister. A funnier ploy involves Putin resigning just before election filing, allowing him to exploit a loophole to run for President once again.

Whatever he choose, I'm sure Vladimir Putin will put aside the mogul within his KGB heart and choose what's right for the Russian people. 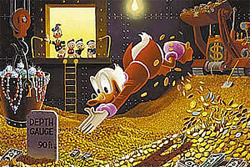 Scrooge McDuck is easily the most arrogant of the moguls appearing on the list, and he is possibly the richest sentient creature known to man. His wealth is estimated in the multiplijillions.

Scrooge earned his money through questionable channels, possibly related to a magical dime, but the vastness of his fortune cannot be disputed. He lords it over the city of Duckberg in an immense bank vault that contains merely a fraction of his net worth. Eschewing fiat currencies, McDuck prefers the tactile experience offered by gold coins. He frequently dives into and burrows through the mountain of money as some sick form of recreation. 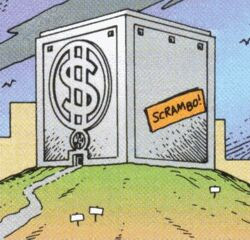 Not noted for his philanthropic pursuits, McDuck prefers to spend money on ridiculous inventions and amateur archeology. His sole philanthropic interest seems to be pursuing and punishing poverty-stricken criminals from the Beagle slums that have been enticed to larceny by his displays of fabulous wealth.

Scrooge is a bachelor, but has been known to grudgingly spend time with his three nephews. His chief business rival is Flintheart Glomgold, a cross between a duck and a beard. Glomgold persists in attempts to surpass McDuck in wealth, but it seems impossible as long as Scrooge still has that mysterious dime.

Though he has access to time travel equipment, Scrooge has refused to share the technology with the larger world, instead using them to chase after even greater fortunes. With the limitless possibilities of time travel at his disposal, it says a lot about McDuck that he would be guided by his overwhelming greed.