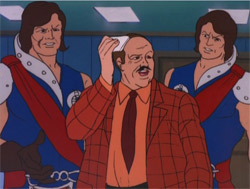 The Crimson Twins, Tomax and Xamot, back flip past Erik Prince to seize the number six spot on the list as the only moguls in charge of paramilitary forces fighting against the US government. This dynamic duo rules over Extensive Enterprises, a diversified conglomerate with holdings that include cobra-shaped castles on every continent and offices in every major American city. The identical brothers are former members of the French Foreign Legion and they share an empathic link that forces one brother to experience pain the other is feeling.

The exact purpose of their business is intentionally murky to obfuscate the money being funneled into Cobra, the world's least dangerous terrorist organization bent on world domination. When they aren't in the suit-and-tie uniforms of the business world they prefer v-neck tunics, crimson sashes, and armored pauldrons. Both are expert acrobats capable of piloting VTOL aircraft.

What catapults Tomax and Xamot ahead of people like Erik Prince is that they are expert at using legal maneuvers to get what they want. In the late 1980s they nearly acquired Alaska by exploiting a loophole that guaranteed the state to a proxy they found working at a used car dealership. Despite they obvious involvement with terrorist activity their company's assets have not been seized by the US or any other governments. They have even survived several audits in the wake of an attempt to clone dinosaurs and then release them in Red Square.

Making them even more dangerous are the Crimson Guard, an elite organization within Cobra, but controlled by the brothers. These highly trained specialists provide skill sets unavailable from the average Viper. Crimson Guard operatives have infiltrated all levels of world governments, militaries, and research facilities devoted to studying a ray that can hypnotize birds.

Extensive Enterprises may not be the biggest financial empire on earth, but it's certainly the most stubbornly evil. 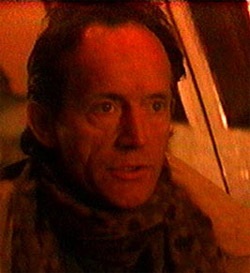 With the possible exception of Joe Francis, billionaire communications mogul Charles Bishop Weyland is the only man on the list to have discovered alien life on earth. Francis found his aliens in a drunken karaoke contest in Fort Lauderdale, Weyland found his under the ice of Antarctica. It's easy to dismiss Weyland as another technocrat of the early 21st century with a penchant for thrill-seeking, but since his disappearance during his tragic 2004 expedition his company has gone on to even greater things.

Weyland merged with the Japanese sinister technologies zaibatsu Yutani in 2038 and these days you can hardly be raped in the mouth with a cone by an android without running into the distant touch of Charles Bishop Weyland. If you're a government or research interest you can even purchase androids that look remarkably like Weyland and are guaranteed to hardly rape your mouth with a cone at all.

Since expanding into the outer colonies, Weyland-Yutani have achieved groundbreaking advances in the field of bioweapons. You might remember Dendralax, that gum that turned you into a tree, or Allergon-D, the histamine energizer that killed 90,000 colonists on HB-227 with lethal hay fever. Both were the work of Weyland-Yutani's bioweapons division.

What sort of advances might be on the horizon from Weyland-Yutani? We can only hope it has something to do with that distress signal emanating from that cave.