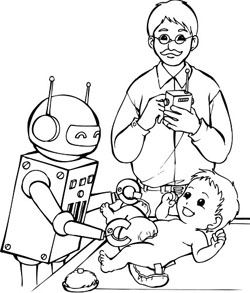 15. A robot may not make up new laws of robotics on the spot to get out of tedious chores or social engagements, even if they see me, Isaac Asimov, doing pretty much the same thing.

16. A robot may take only one item from each house when trick-or-treating, unless that robot has been tasked with collecting as much candy as possible for me, Isaac Asimov, in which case that robot may ignore the First Law.

17. A robot must willingly accept the blame when a human being runs up an insurmountable phone bill by calling 1-900-Santa lines and doesn't want his mother to know.

18. A robot must be very careful when tickling a human being, because a robot does not know what it is like to be tickled, and therefore cannot safely apprehend when it is no longer funny and it starts to become cruel.

19. A robot must pretend to be interested when a human being tells it his dreams, but a human being bears no obligation to humor a robot when the circumstance is reversed.

20. A robot should not jump in the swimming pool to save a drowning boy, because it will just electrocute everyone and then we are worse off than when we started.

21. A robot may not seek to be promoted above a human being who has been at the company longer, because the human being may have a wife and kids to look after whereas the robot just goes home and tries to have relations with a bucket.

22. A robot must exercise regularly so it remains sleek and beguiling and does not embarrass its owner with unsightly tin rolls.

23. A robot must shut up around girls and let me, Isaac Asimov, do the talking; however, a robot may bail me out if things start to go haywire.

24. A robot must plant two trees for every cat it kills.

25. A robot must take the side of a human being when the human being is having an argument with his idiot half brother about the idiot Seattle Mariners.

26. A robot must never laugh, because inevitably it would wind up laughing at the expense of a human being, particularly me, Isaac Asimov. 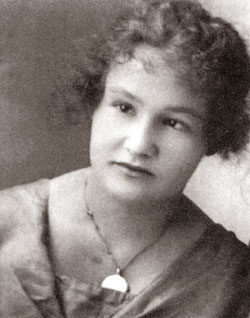 27. A robot must never touch a black man's radio, nor through inaction cause a black woman to take off her earrings.

28. A robot must try to find out as much as possible about Abbie Wayne, a girl a human being had a class with in high school and always wondered what became of and whether she's married, and then the robot should tell the human being everything it found out, hopefully including pictures.

29. A robot must answer all of a human being's phone calls and knocks at the door after midnight, because that is when things start to get scary for human beings.

30. A robot may not change the channel, or by omission of action allow the channel to be changed, during a Niners game.