Unfortunately, it wasn't the solution everyone was hoping for. Well I'm tired of waiting for Microsoft's smarty man Asian engineers to fix the only console that has any halfway decent games worth playing! It's time for action! It's time for heroes! It's time to go where eagles dare! That's right, yours truly has figured out how to end those 3 red flashing rings of death forever. Follow my simple steps and soon you'll be playing future PS3 ports in no time.

First, determine that your Xbox 360 is actually broken. You might just be retarded and accidentally disconnected the A/V cable. 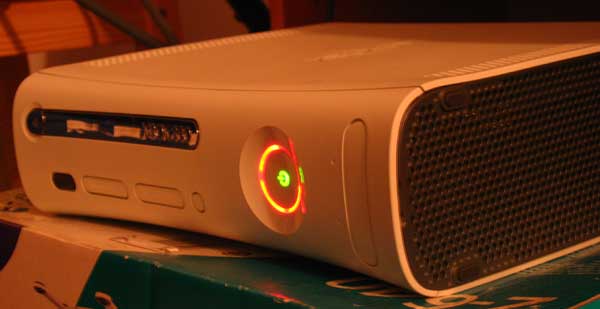 Yup, looks like a broken Xbox 360 to me. If you decide to post a picture of your broken Xbox on the Internet, be sure to crop it so people don't have to look at your ugly apartment. 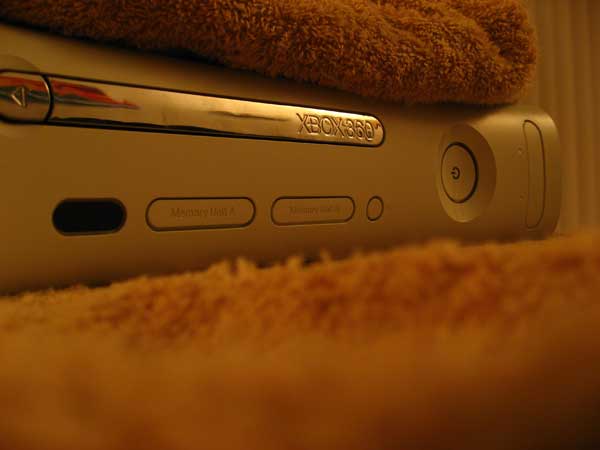 The first thing you should try is the blanket trick. This should allow you to get a little extra kick out of your Xbox before you send it in for repairs. Wrap your Xbox 360 in a blanket like so. 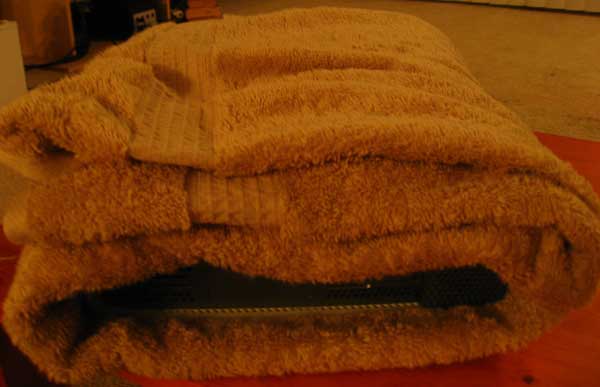 Now place it in the oven. The blanket traps heat and allows the solder to melt away, freeing up space for the motherboard to bend back into place. 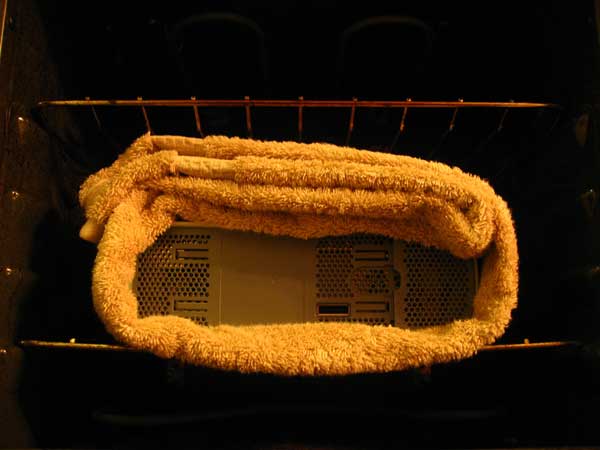 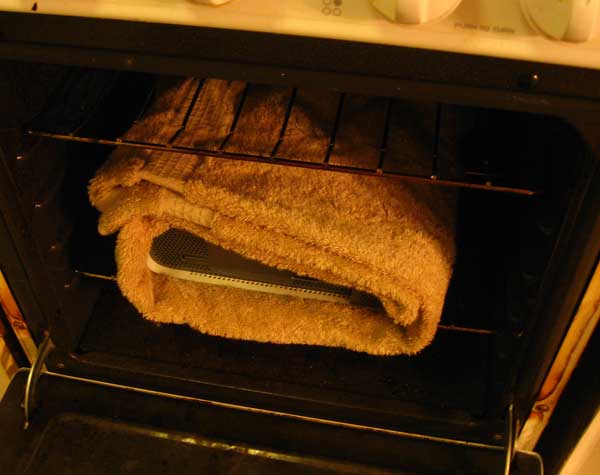 Bake at 500 degrees for six hours. Tip: it only works if your oven knobs are disgusting and haven't been cleaned since you moved in. 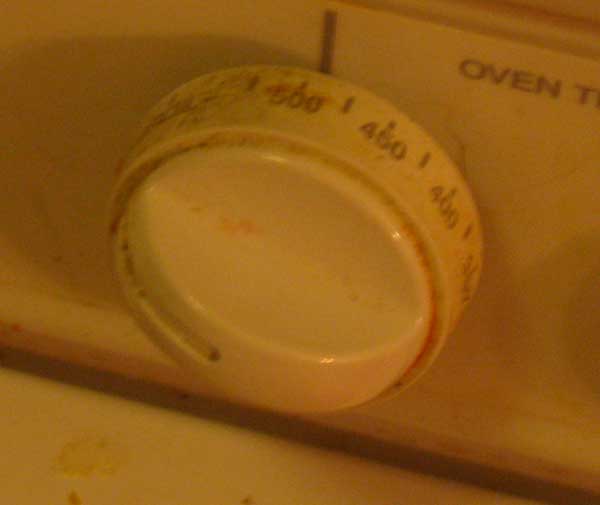 Now remove the console while it is still hot and throw it in the freezer. This will allow the solder points to freeze in time, allowing for a better connection between the GPU and the mainboard!