An Outraged Thinkpiece From 1968 Following a Don Rickles Performance 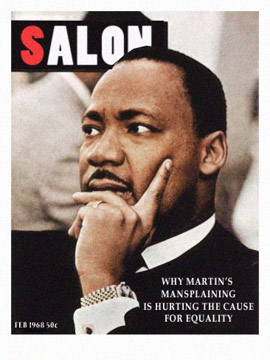 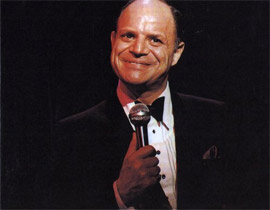 Win Ho loves to laugh. And he loves his pink bowtie. It was a gift from his mother before he had to flee from Ninh Binh in North Vietnam, where Americans are regularly bombing the village. Thanks to a friend at the consulate, I was able to bring Win Ho to live with me here in New York and we have made a family together at the commune where I live with several very hairy men and a huge negro. It is a life free of prejudice. Or, I should say, it was prior to being in the audience at a show by one mister Donald Rickles last weekend.
On the night of January 28th, Win Ho and I attended a so-called comedy show by a performer in the Catskills. Win Ho was wearing his pink bow tie and I was pulling him in a wagon because he does not like to use his arms in his wheelchair. Win Ho has a condition where bread makes his face swell up and he got into the loaf again that morning so he was looking especially swollen. This is perfectly normal and the swelling will go down after a few hours. We had tickets to the comedy show and I did not think it would be a problem.
Well, the very friendly man taking our ticket took one look at us and he put us right to the front of the audience. Great, I thought. It's always nice when disability is rewarded rather than penalized. Mr. Rickles came out and did some joking about politics and about the negroes, which I did not enjoy very much. Then he asked for the house lights to be turned up so he could see the audience. When he saw Win Ho, Mr. Rickles' eyes began to take on a demonic gleam.
"Well, what do we have here. Ho Chi Minh himself! How did you get in here?"
"My son's name is not Ho Chi Minh," I calmly informed him, assuming he would learn from the misunderstanding.
The nightmare was only beginning. Mr. Rickles made a joke about a piece of string and then a comment about dropping a drawer of silverware and assigned my son the insulting name "Ching Ting Tong Bong." Then he noticed that Win Ho was in his wagon and he said that, "Chinese usually comes in cartons." Well, I couldn't stand it anymore. I stood up and even though I was shaking I managed to give him a piece of my mind. To which Mr. Rickles told me that the last time he saw a woman get as angry as me he was standing in the way of the discount table at Sax Fifth Avenue. 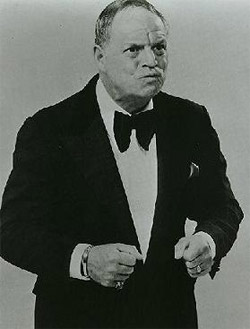 I was very insulted by that and I told him that we make our own clothes at our hippie commune and he said, rolling his eyes, "I can tell!"
Cruel laughter lashed me and I sat back down, but Rickles wasn't finished. He grabbed my son by his pink bow tie and said, "Did you make this too? I think this is against the Geneva Convention, lady."
I explained to this simpleton that my pansexual poly marriage to three men and two women makes me far from "a lady" and he just seemed confused and moved on, thank goodness.
Mr. Rickles went on to talk at length about Frank Sinatra and someone named Jackie Gleason. I was still unable to think straight I was so upset. Win Ho seemed to be enjoying the show so I decided to stay in my seat and let this play out. That's when Mr. Rickles struck a second time. He called attention to my son's swollen body and apparent weight.
"It's water weight. It's from the bread," I tried to explain.
"Yeah and the rest of the buffet along with it!" The crowd's laughter was a knife shattering into my flesh.
"I like the wagon you're pulling him around in. It's like a Chinese train. It goes Chu Chu Chu Chu." Perhaps sensing how furious I had become, Mr. Rickles quickly added, "I'm just kidding around. Have fun tonight."
Have fun? Kidding around?
Win Ho went to that performance looking to laugh at some jokes, but instead of jokes he only found a bully. Mr. Rickles abused my son and, believe it or not, several others in the front rows of the performance. He picked on one man for being bald and another woman for having red hair. He singled out a man for having a cast on his arm. The ableism on display was absolutely disgusting, as if he was picking out traits of people for ridicule.
If Mr. Rickles wants to perform real comedy, he needs to elevate his humor. No more punching down to children and redheaded women in the crowd. Make fun of someone else, like perhaps Richard Nixon or maybe even Lorne Greene. No more of this insulting members of the crowd. It's hardly what a reasonable person would call comedy.
In the meantime, I will continue to hope Win Ho can laugh again.