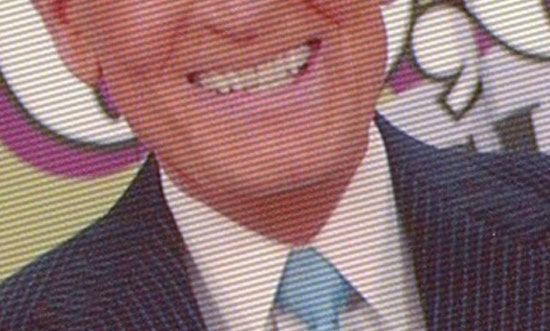 "Why did you bring me here?" I plead.

"The end," they say and their teeth flash white.

I'm surrounded by a thousand surgically perfect smiles. I try to focus only on Don Early.

"Buddy, you're fleshborn," Don Early says "Like me. One thing at a time."

"You're like me," I try to slap my chest, but the press of bodies keeps my arms pinned to my sides.

"Right on, buddy. Those guys are bad news. Been mixing it up with Vic Mercer and the Snakes for a while."

"You've been fighting them for a long time, longer than we have?" I ask.

"I don't give a shit," I spit and the smiles fade from a thousand faces.

"No. Not me," Don replies. "If you want to catch a crook, you've got to think like a crook. Hard to do. All of the little people. Not The Real Deal. It's a thing of the past. "

"What's done is done. You can't change the past. Everybody's gotta die some time. You can't bring back the dead."

Don Early frowns, furrows his brow as if concentrating.

"The sky, is it the sky? Something is happening. I saw myself and an Unfolder."

"But you're not unlimited?"

"You're kicked out of the club. Hit the road, jerk. Get out of here. Begone."

I feel dizzy. I look at the multitude of faces, searching for a sign. Some indication that this is all a gag. Or a dream.

"What does that make you? Angels? Aliens?"

"Are you from dimension X or something? What the hell are you?"

"Evolved on earth? In the future? A long time ago? You all look different. Evolved from what? Squids? Elephants? What are you?"