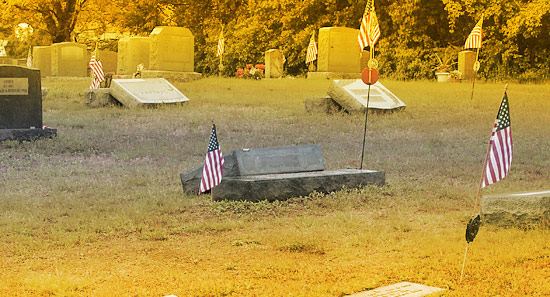 The eulogy is crumpled in my sweaty hand. The ink is running from the dampness of the paper. Words are bleeding into one another and losing their meaning. I know I can't do it. I'm a coward.

Diane, dad's sister, is at the church's lectern. She's telling us dad loved to sail.

Dad saved for 50 years to buy that boat. The day after he retired he bought it from an old golf buddy in the process of losing his legs to diabetes.

From that point on dad spent all his free time at the lake. If he was home he was fixing something around the house or helping mom with the garden. Every other moment was down at the dock or out on the lake.

The boat isn't worth that much. Maybe enough for a new car. I know I'll have to sell it. I like sailing, but I don't have it in my veins like dad. I'd just let the boat go to waste.

I stand up in the back of the church. My sister Tara is up next to Diane and she sees me. She catches my eye and her expression hardens as she realizes what is happening.

I don't have to mouth the words. Tara knows me. I'm a coward. I'm always backing out when I have been asked to help or disappearing when everyone is depending on me.

I see only concern and sympathy on Kay's face. The boys are barely aware of what's going on.

It's warm outside. Too warm for the old wool suit I'm wearing. Kay said I should wear my uniform, that I look handsome in it, but it's too gaudy. Dad would have laughed to see me wearing it.

I take off my jacket and wander. I'm searching for a feeling. I know I'm sad, that I'll miss dad, but part of growing into a man is pushing away from your father. Separating yourself from your hero so you can survive his downfall. I'm so used to keeping him away I don't know what to do with this.

I sit down on a black iron bench in the shade of a sycamore. Spring is turning to summer. Squirrels and robins are enjoying the fine weather.

He's wearing an imitation of my suit down to the color of his clip-on tie.

He has a serious expression. He's only three, three and two-thirds he would remind me, but he can become so serious. Kay calls him bipolar, but she means it in a good way. He can be laughing and playing one minute and stony faced and distant the next. Daydreaming about dinosaurs or trucks or the infinity of space.

He hops up onto the bench next to me. I convince him to take off the jacket in the heat. We watch two squirrels chasing each other.

Spencer kicks his feet absently as he takes in the situation. The squirrels are running vertically up the side of the tree, twisting around the trunk and then dashing out onto a branch.

Spencer finally screws up his face and observes,"You're going to be dead too."

"Someday, a long time from now," I reply in a soothing tone. "But I'll live a long life first and you'll be an old man. Don't worry, it's not something to be afraid of. Everybody dies."

"You get older. That's just the way it is, it happens to all of us. So slow you don't even notice sometimes. Other times you can see it happening if you're paying attention."

"Like when corn is growing," Spencer says. "You can hear it."

"I guess so," I squint up at the sun through the leaves. "We should probably go inside."

"Not me," Spencer says and hops up from the bench. "I'm not gonna get old and die. I'm gonna go on forever and never die."