Finally, we should take a moment to remember the kids, including those who are no longer with us. Each of them was a star, as brilliant and endearing as the others. Remember their names and how they sacrificed for the viewing audience. We honor what they have given and what they have done to make our lives a little bit brighter.

"Citizens of Bonanza City, know now that I shall rule upon your shoulders or upon your graves! Stand with me now or tomorrow the hogs shall wallow in your remains!"

- Alex Caesar, Emperor
Before the Battle of the Arcade


Anjay - KIA - Day 9 - On order of Sophia Rex, Legatus of the Alexian Dominate, found guilty of extraordinary heresy and sentenced to become "a meal for the buzzards." Left on the Bonanza City wagon wheel of woe as a sign to those who might speak ill of Alex Caesar and his anointed servants. His bones were broken up and scattered in the gutters. 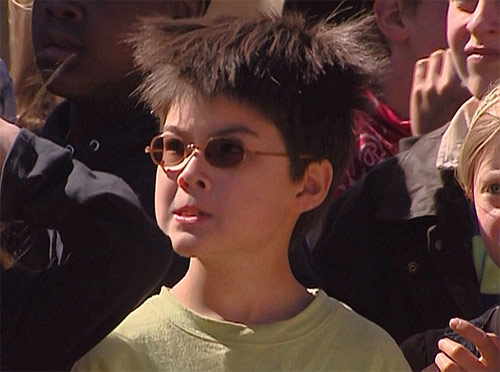 Alex Caesar, Emperor of the Alexian Dominate, challenges his foes to stand with him or perish.

Blaine - KIA - Day 22 - Insurrectionist, accused of treason. Slain by dynamite on the field of battle. Too little remained of him to be buried.

Brett - KIA - Day 22 - Summarily executed by Sophia Rex for "slack comportment." Brett's property and Buffalo Nickels were confiscated and handed out to Alexian supporters as a reward for their loyalty.

Campbell - KIA - Day 35 - Alexian loyalist. Succumbed to the ague during the Time of the Shrift. Interred in Bonanza Holy Sepulcher.

Cody - MIA - Day 13 - Expelled by the state for craven acts. Last seen by Alexian outriders in the erg fleeing from coyotes.

Colton - KIA - Day 35 - Alexian loyalist. Hacked to death with rakes by insurrectionists on the field of battle. Interred in Bonanza Holy Sepulcher.

Divad - KIA - Day 23 - Author of The Pioneer Journal: The Coming Fall of Bonanza. Convicted of heresy and burned alive, with her book, on the Great Pyre.

DK - KIA - Day 22 - Insurrectionist, mortally wounded by a candy spear at the Battle of the General Store. Retreated with his surviving troops to the mountains, found dead that night when Sophia Rex and her Praetorians purged the last of the insurrectionists. Their bodies were fed to the hogs.

Emilie - KIA - Day 22 - Insurrectionist, killed by dynamite on the field of battle. Burned on the Great Pyre. 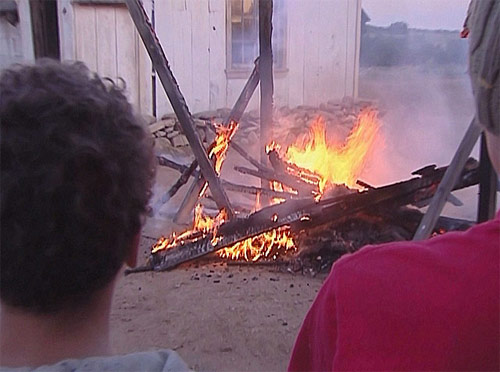 Loyalists watch as the fire consumes the last of the true insurrectionists.
Eric - KIA - Day 34 - Alexian loyalist, falsely accused of treason by a neighbor. Ordered pulled apart by goats to "find the truth" he chose to take his own life by leaping from the top of Bonanza City's water tower. Interred in Bonanza Holy Sepulcher.

Gianna - KIA - Day 22 - Insurrectionist, after the defeat at the Battle of the General Store she retreated with DK to the mountains. She was run down later in the day by one of Sophia Rex's Praetorians riding a pony. Her body was among those fed to the hogs.

Greg - KIA - Day 22 - Insurrectionist leader, after the defeat at the Battle of the Arcade he surrendered. Sophia Rex defeated him in a duel by using a soporific blade. He was disemboweled and hung by his entrails beneath the Bonanza City Water Tower. He screamed for death throughout the night. Just before dawn an unknown loyalist took pity and finished him. Enraged at the show of mercy, Nathan Pontifex Maximus ordered his remains left to rot until the End of All Things.

Guylan - KIA - Day 22 - Insurrectionist, slain by sharpened stick at the Battle of the Arcade. His body was burned on the Great Pyre.

Hunter - KIA - Day 31 - Alexian loyalist, Praetorian. Caught the ague and fell upon his sword in the mountains rather than risk spreading the disease further in Bonanza City.

Jasmine - KIA - Day 14 - Alexian loyalist. Ate a bad pickle and then a worse pickle. Died from both. Buried in Bonanza Holy Sepulcher.

Jimmy - MIA - Day 4 - Fled into the desert rather than face the first Oaths of Obeisance being administered by Nathan Pontifex Maximus. Driven to theft and scavenging and driven mad by "all the drama," Jimmy was sighted through the show as a smiling ghostly figure in the desert at night by superstitious watchmen of the Praetorians.