Changle, China: The City of Farts 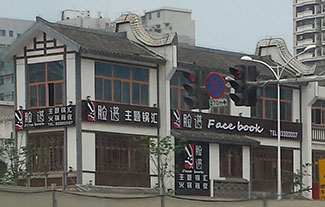 I strip the comforter off my bed, attempting to defeat the heat that smothers my soul better than any fake cotton blend can. The blanket falls to the floor, temporarily covering up the numerous cards for prostitution that have been slipped under my door within the past 12 seconds. I long ago gave up the notion of obtaining sleep in this hotel, as the typical Chinese bed contains the density of highly compacted rare earth elements. The thermostat, whose label offers detailed options such as "I," "II," and "III," as well as a faded sticker that reads "FLOWER!," has the room-cooling functionality of the average bowling ball. Despite being set to "0 C," the temperature, according to my sweat's estimate, is somewhere between "supernova" and "the Big Bang."

My body gives up around 2:00 AM and I somehow crawl into sleep, which lasts 30 minutes until I'm jarred awake by thumping 909 kick drums from the KTV karaoke bar beneath me, the one with Santa Claus masks taped to its door and a sign that says "ITS WHAT YOU RANT." Ride the elevator one floor below that and you'll reach the fabled Whore Zone, cleverly labeled as "MEETING / SAUNA ROOM," crammed full of surly Chinese girls glued to their cellphones and praying to the god of their choice that they won't have to see another cock, despite the inherent nature of their profession.

Sleep occasionally draws me in for periods of an hour, casting me away from the harsh realities of a bed built from stone slabs and rebar, and the musical cacophony of a man arguing with the vending machine near the elevator. While I cannot be certain, I imagine he won the argument. This continues until roughly 7:00 AM.

I try to shower the fart atoms off my body, but upon stepping out from the water I am instantly coated in a scent that combines urine with something else that also smells like urine. Due to poor planning, I had run out of socks the previous night and was forced to purchase some from a Chinese supermarket. Thanks to their advanced textile engineering, they are composed of one single thread - total, for all socks in the 12-pack. I force them on and head down to the lobby.

It's 8:00 AM and there are already two prostitutes near the check-in desk. They are arguing with a short, balding man who resembles the Chinese version of George Costanza. If you've never heard Chinese argue before, imagine two people screaming at each other at the top of their lungs. That's what it sounds like when they're conversing normally. Now imagine those screaming people screaming even louder. That's them arguing.

The voice of my friend Chase suddenly falls out of my cellphone: "Hey Rich, let's go to Fuzhou City and buy some lamps for my apartment!" Yeah, sure, why not. As a wise man (I think it was Abe Lincoln, or his brother) once said, "When in China, go shopping for lamps." 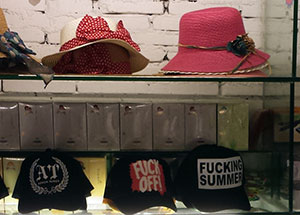 We stutter past the huge plots of ghost land populated by abandoned buildings that nobody ever bothered finishing, despite construction reaching the 30th floor. Now they serve no purpose, other than a point from which the suicidal can plummet with a high certainty of success.

Our destination, the home-improvement mall, looms across the street from a series of mossy stone dwellings somebody attempted to construct in the rough shape of rectangles back in the mid-200s, long before the concept of a rectangle had been perfected. Farmers linger outside, chain smoking and selling vegetables out of those wooden carts from the covers of old fiction novels.

The second floor of the mall is dedicated solely to the sale of lighting fixtures. There are 30 different stores, all of which offer lamps, chandeliers, light switches, and LEDs. This is where the hell known as "negotiating" begins.

You see, when a Chinese resident buys something, they don't simply ask how much it costs and then exchange their currency for a product. That backwards shit is for idiots. No, they must abide by the time-honored tradition of negotiation, which always, and I repeat ALWAYS, follows this explicit process:

1) Buyer asks how much the product is. Seller tells them.

2) Buyer responds by acting aghast, claiming there's no way this thing could cost this much. It's an insult to both them and humanity in general.

4) Buyer acts as if the product is the absolutely most disgusting and revolting item in the history of the universe, and they'd rather die than purchase it. Buyer walks away and pretends to examine other items, or they completely leave the store for a period of time.

5) Buyer eventually returns and offers an even lower price for the product. Seller acts furious, as though it would be sacrilege to sell their item for such an obscene price, and selling it so low would force them into bankruptcy. They eventually regain their composure and counter with a moderately higher price.

6) Buyer pauses and spends several hours carefully examining the object, pointing out any imperfections, real or imaginary, in an attempt to negotiate an even lower price. Seller reassures customer that the product has a lifetime guarantee, which is code for "guarantee that ends the moment you purchase it."

7) Buyer and seller scream at each other for several more hours. You can determine who is winning by noting who screams the loudest or in the deepest voice.

8) A compromised price is eventually reached and the item is purchased. It is now half a week later, and several of the buyer's family members have died of old age.