The bombing of Pearl Harbor. The Great Depression. The attacks on the Pentagon and World Trade Center on September 11th, 2001. These were times of great national crisis when American citizens banded together in unity and survived through the worse with courage and perseverance unmatched by few.

Today, Americans must unite once again to get through the national crisis that lies ahead. We must make the ultimate sacrifice just as our ancestors had before us. We've got to pull ourselves up from our bootstraps and rise to meet the challenges of tomorrow. Only then can this country survive the ever intensifying feud between Carlos Mencia and Joe Rogan. 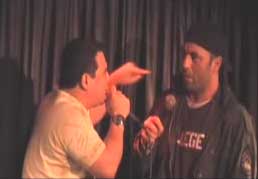 A good joke might be, "Watching Carlos Mencia's stand up should be a Fear Factor stunt!" This is a good joke I've seen around the Internet.Recently a video surfaced that features Joe Rogan interrupting Carlos Mencia's stand up act and accusing him of stealing material. It's raw and intense, depicting the comic divide that still persists in this country even today. As Mencia and Rogan trade insults the audience stands aghast in horror, fearing for their safety.

When accused of stealing material Mencia's rebuttal is that Rogan is just jealous. Actually, he has no reason to be jealous. Rogan is the guy who had the network show on NBC. Mencia's show is on basic cable and wouldn't have lasted one season had Dave Chappelle not gone insane and suddenly develop a distaste for money.

If Chappelle were still around Comedy Central executives would have probably asked themselves, "Why are we paying this guy? He's not even really Mexican! Damnitt, cancel his show and put on a South Park rerun in its place!" What else are they going to put in his time slot, The Naked Trucker and T-Bone Show? Yeah, that one sure is sweeping the nation off its feet. Comedy Central's entire business model is based on subsidizing bad programming with South Park and Daily Show profits.

Carlos Mencia was accused of stealing a joke about a massive fence on the Mexican-American border and the ironic twist about the people who might be employed to build it from "Amazing Racist" Ari Shaffir. I don't condone stealing jokes but let's be honest here, was Ari Shaffir really doing anything with it anyway?

Shaffir told the joke, got a few laughs, and went back to his studio apartment (don't get me wrong though, it's probably a very nice apartment). Mencia told the joke, got a few laughs, and was given a show on Comedy Central. Shaffir wasn't really going anywhere with it anyway, and like a man who steals bread for his hungry family, so too did hungry Carlos steal jokes. Carlos Mencia mostly steals bad material for his bad act, which, let's face it, is a victimless crime.

That doesn't excuse Mencia's actions. He's actually stolen material from good comics. He stole so much material from George Lopez that Lopez had to beat the hell out of him. Carlos Mencia has to be stopped and Rogan just might be the man to do it. But in his attempts to take down Mencia, Rogan made a powerful enemy. 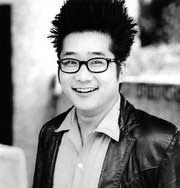 Bobby Lee, one of three Asian-American actors in Hollywood.In the middle of all this is the lovable Bobby Lee. Best known as the token Asian woman on MadTV, Lee was hurled into the middle of a bitch fest between the two comedians. Confronted by Rogan, Lee, who is also a friend of Mencia, begins to reveal that Mencia stole a joke from even him. Lee, who is in no position to be making enemies, immediately stops, quite possibly saving his career in the process.

Come on Rogan, why bring Bobby Lee into this battle? You know how hard it is for Asians in Hollywood? Do you know how hard his parents hit him when he told them he was going to go to Los Angeles to be a comedian? He threw away a guaranteed career in retail clothing to pursue the so-called art of comedy that you fight for.

After his comments were widely heard on the Rogan/Mencia fight night video Bobby Lee issued an apology (a video that seems to have fallen off the Internet for some reason) to minimize his involvement in the conflict and save his friendship with the mighty and powerful Carlos Mencia. A brotha like Bobby Lee knows how to play the game, something Joe Rogan knows nothing about.

By crossing Bobby Lee Joe Rogan made a powerful enemy in Hollywood. According to my inside sources it was Lee who put in the call to have Rogan banned from The Comedy Store. It was Lee who told Rogan's ex-agent, "It's either me or him!" Sorry Joe, Bobby Lee is on the fast track to movie deals, his own sitcom, and a life you could only dream about. The Bobby Lee factor is a strong one indeed, for you never cross the Hollywood elite.

But something wasn't quite right in Hollywood. It always felt like there was a missing piece of the puzzle but I couldn't put my finger on it. The more I followed the white rabbit down the rabbit hole the more that became clear to me. Then, as plain as day, it hit me. The answer lies in a hallucinogin called dimethyltryptamine, or DMT.

Joe Rogan is a vocal supporter of the drug DMT. In an interview on Jim Breuer's radio show he talked about using the drug and discovering the meaning of life while tripping on it. It was then that it all became clear. After a few experiments I finally discovered the proof I needed to explain my theory.

Carlos Mencia is just a hallucination Joe Rogan is experiencing on the ultimate trip induced by DMT. During a massive trip in his DMT isolation chamber the image of a joke stealing fake Mexican comedian that specializes in racial humor was permanently etched into his brain. While it's a relief to find out that Carlos Mencia is not actually real, it didn't explain why we can see him.

After a few calculations I discovered the truth. Rogan's DMT trips are so intense that they unlock untapped energy in the mind that radiates throughout the world and implants images of Carlos Mencia in our minds. Because Rogan sees himself as a kind of comedy police he has created a comedian that embodies everything he speaks out against. Through this and only this is Rogan able to extract meaning out of life.

There is hope. I have devised a plan to rid ourselves of these Joe Rogan hallucinations. If we all unite our minds together in perfect frequency we can overcome Rogan's wavelengths and banish Mencia from reality forever. You truly have to believe because only with the power of dreams can we succeed in ridding the universe of Mencia and his stale racial humor.

But if Mencia goes, so too does Joe Rogan, for his only purpose in life was to confront and destroy Mencia and in the process, himself. The prophecy foretold that a muckraking comedian, born of flesh and blood, shall become the key to slaying the joke stealer, and make the ultimate sacrifice.

We must hurry! Mencia is growing stronger by the minute. Unless we unite our thoughts right now we will never be able to banish him. Look deep within your subconscious and think hard, Mencia please leave our happy world! Channel the thoughts of legendary comedians of the past. Richard Pyror, Red Foxx, Sam Kinneson, Bill hicks! Channel their strength to rid the world of Mencia!

Urgh, he's too strong! I'm seeing... beaners... urgh... and how they are different from white people... I swear, I've heard, this joke, before! He's pushing back! We need help! We need you George Lopez! You're our only hope! Save us with your fists of fury o' great Hispanic comedian! Ahhhhhhh!!! 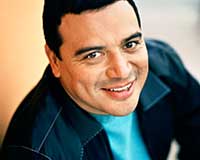 Many of the cities destroyed during the great war were rebuilt and life went on. After Mencia was destroyed comics filled the street and danced in celebration. Comedians were free to walk this great land of ours, exchanging their ideas without fear that they would hear them again in a comedy club a week later.

It was a very different world. Those undeserving of success didn't get it by stealing other people's material and using it without shame. It was odd to see a world where comics were respected as artists and not the bottom rung of show business, but we soon got used to it.

But it was not to last, for the prophecy spoke of another threat. It loomed on the horizon like a spectre of death, waiting to pounce on material and claim it as his own. 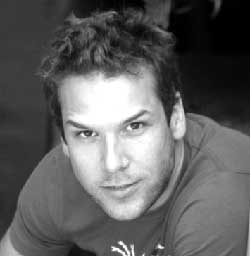 This time though, we'll be ready.