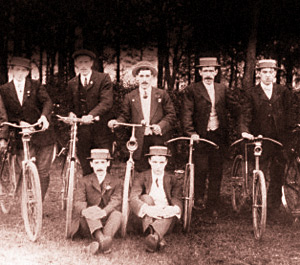 The Cyclemen patrol the narrow streets of old town on their whirring bicycles. Many are simple Parisian two-peddlers, but others are hand-built contraptions of fantastic complexity. Six men sharing a recumbent bicycle brandish spears as they glide past. They salute DeShaun's cougar mask and he makes the closed-fist sign of the Panther Army in reply.

Elaborate murals on the walls of apartments and shops depict the Cyclemen triumphing over their hated enemies on the surface: the Automen. The murals are sad relics of a bygone era, reminders to Nils and Beauregard that the world has moved beyond the Cyclemen and their humble bicycles. In New York, everyone is an Automan.

The Orientals are more suspicious of the expedition. Old men puff narco pipes and eye Nils and Beauregard warily as they walk past. Everywhere is the smell of chickens and strange spices of the Orient. Nils wants to stop and have a steaming bowl of noodles, but DeShaun warns that to make the final performance at the Aerodrome they will have to keep moving through the night.

They wind through teeming markets and peaceful gardens grown beneath clever arrangements of mirrors that capture the surface light. DeShaun answers challenges from several armed men and gets them through a roadblock made from stacks of counterfeit lady's hats and purses. Painted nymphs beckon to them from red-lit doorways. A man attempts to entice them into a bar full of half-mad sense addicts by promising a wild ride in a bootleg Sensorama machine. Though Nils would lollygag if he could he is kept moving by DeShaun and Beauregard's singular determination to see Lady Elise.

The crowds begin to diminish and the buildings grow increasingly decrepit. A sign in various Oriental scripts is translated in English block letters. TREETOWN AHEAD. The expanse beneath Super Park, DeShaun explains, and the home of the Dolorists.

The only way for the expedition to pass safely through Treetown is to disguise itself as a group of Dolorists. DeShaun bids them close their eyes and tosses chalk dust into their faces. He smears coal soot on their cheeks and beneath their eyes. Nils protests when he tears off a sleeve from his shirt. Beauregard allows him to pluck buttons randomly from his serviceman's jacket. DeShaun removes his mask and passes out beaten hats. There is a smashed stovepipe for Beauregard, a knitted cap that smells of urine for Nils, and DeShaun wears a badly stained beret that looks to have worked its way through the gears of a machine.

Finally, DeShaun warns them both not to speak and to try not to listen to anything the Dolorists say. At all times, DeShaun explains, you must act as if you have nothing left to live for. The Dolorists were once a gang called the Nihilistos who grew too pessimistic even for that sobriquet. They believe in the divine cruelty of honesty and the hopelessness of the human condition. They feel enlightened by fixating on their pain. 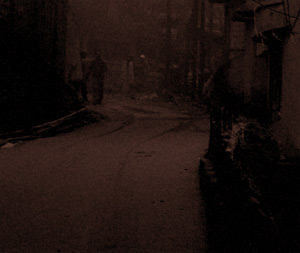 To the Dolorists, human life is ultimately futile. Suicide rates among them are understandably high.

There is very little light in Treetown as the sky grate is covered with the soil of Super Park. Thick roots have pushed their way down through the grate, spreading apart the metal and descending many feet until root tips almost touch the buckled sidewalk. Dolorists can be seen moving in the darkness, shuffling slowly in small groups, murmuring intolerably honest things to one another.

They are near an old, windowless library when several Dolorists emerge from a pile of debris and approach the expedition. They speak all at once as they approach, their words falling on Nils and Beauregard like blows from a mace.

A mother dies alone in her sickbed wondering why her only son is not by her side. He arrives, too late, to find the empty bed and a nurse folding fresh sheets.

The Dolorists draw closer. The things they say are impossible to withstand.

The maimed soldier returns from the war and discovers his wife in the arms of his brother. She cannot stand to look at the soldier's disfigured face. His own brother threatens to call the lawmen.

On the Dolorists come, driving Nils and Beauregard back. Their pale faces contort with ecstasy as the sorrow spills out of their mouths and eyes.

The dancer's legs crushed by a great weight. The hands of a painter burned in a fire. The face of a beauty sliced to pieces in a jealous rage.

DeShaun feebly attempts to communicate, uttering something about an upset dog and a ruined cake. The Dolorists seem not to notice. They close in around the expedition, more and more of them coming from doorways and side streets. There are more than a hundred of them. Each chants a private litany of woes.

Nils and Beauregard are sobbing and feel that death is closing in around them. Beauregard cries something about a man's trousers falling down in front of a crowd, but the Dolorists do not react. Nils curses Beauregard under his breath for the stupidity of wanting to sneak into the Aerodrome.

Beauregard's feeble attempt at a sorrowful story reminds Nils of something. He wipes the tears from his eyes and blurts out an abbreviated version of his encounter with the woman of tin. His body is bare in anticipation of an act of passion; her towel-wrapped head is shaking with laughter.

The Dolorists cease their chanting immediately and a murmur passes through the crowd. They are repeating what Nils has said. Some produce tiny dolls from the pockets of their ragged clothing and others hold up placards and photographs depicting the woman of tin. They begin a new chant even as they take hold of Nils, Beauregard, and DeShaun. Beauregard realizes that they are being lead away, taken to the leader of the Dolorists.

Taken to the woman of tin. 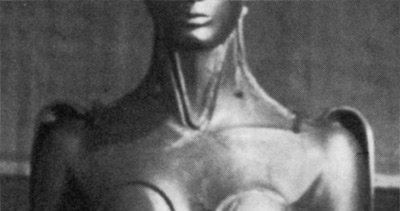