I Am the Number One Astronaut

As part of the Young Astronauts Outreach Program NASA astronauts visiting the International Space Station have been answering questions from grade schools around the United States. Mission Commander Lt. Col. AJ Tucker filled out the following questionnaire and crew bio for students of Thomas Jefferson Elementary in Rosemont, North Carolina. It was one of several questionnaires returned to NASA by Lt. Col. Tucker but never submitted to the students by NASA. 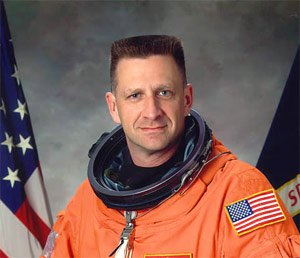 Hello, I am Lt. Col. AJ Tucker, Mission Commander aboard the International Space Station. My first name is AJ, it is not short for anything. I am a former United States Marine Corps pilot and I flew jet fighter planes in Iraq War number one. I am the only USMC pilot with a confirmed kill of an enemy fighter jet shot down in the deadly dance of air-to-air combat. I was flying a carrier-based FA-18 and I waxed a MiG-29 from Kirkuk with an AIM-9 up his tail pipe.

Joining me on this mission are three fellow astronauts and two cosmonauts. As Mission Commander it is my job to tell these nerds what to do. I am the number one astronaut aboard this mission and as far as they are concerned I am one small step below the Lord Himself and one giant leap above them. I could take any of them one-on-one in a fight and I could probably take them all at once if they tried some sort of mutiny on me. We're allowed to bring one personal item weighing less than one kilogram with us and I brought a 16-inch titanium blade buck knife manufactured by Kentucky Arsenal. It features four-inch serration, carbon tip, double blood-groove, and molded nanofiber hand grip designed to give me maximum sternum penetration.

These poindexters don't stand a chance. Mission parameters for this mission include: talking about chemistry non-stop, farting up the command module, staring at stupid computers from like 1990 that can't even load any good games, looking at cells on a TV screen, saying hello to the Today Show, and doing some groundbreaking science involving blowing bubbles.

My fellow Astronauts on this mission are: 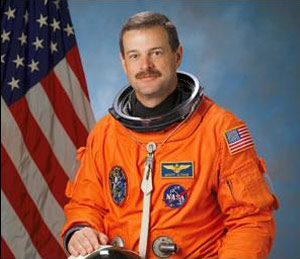 Real tough guy here. Always wants to argue about mission objectives or whatever. Don't use the thrusters Kenny, I like to call him. Number one mission nerd, not-getting-laid expert, and go-cry-to-Mission-Control sort of sissy. This loser loaded all his favorite Morrissey songs onto an iPod and then two days after he gets up here he breaks the charging cable. Then I have to hear him cry about it like he can't dissect a tadpole because Depeche Mode isn't queerin' up his ears. Kenny, we're in space. If you get bored look out the effin' window and stare at some satellites or something. 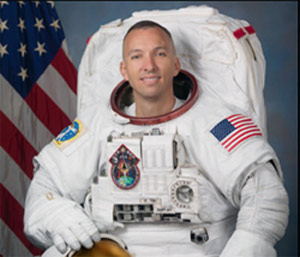 Jesus H. on a biscuit, this guy makes Muscleman look like Rambo. You know how when you got a baby, like a brand new baby, and it can't even hold its head up because its neck is so weak? Yeah, this guy right here is like that. That shaky head move like a baby. He is such a nerdy wuss he writes his journal on graph paper and talks to his mom on the personal link. His experiments are even worse than Muscleman's! You ever wonder what the effect of microgravity is on the rate of sunflower growth? This dude wonders about that all day and never once thinks about shooting a shotgun at a bear or kicking some dude's ass or kissing a hot chick. 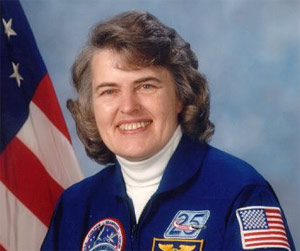 That's not her real name, but you get the idea. I thought for sure they were sending me up here to bang some broad in zero G and test the effects of vitamin D on that ass, but then I get this broad that looks like Susan Boyle decided to dress down to drain the oil out of her garbage truck. You don't have to send me up here with a model, but sending me up with this autumn-years librarian throws all my alpha male instincts out of whack. It's like putting a sparrow underneath a junkyard electromagnet: it might fly south that winter, but it's gonna stop once it unzips the flight suit and sees a couple flapjacks with areolas the size of catcher's mitts. Abort the mission! Abort! I'll just leave her to charting oxygen particles or whatever. 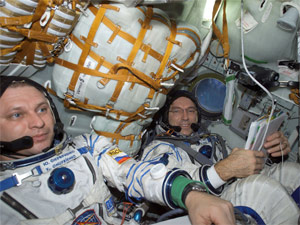 Our two cosmonauts. They look like somebody made men out of bread dough and then rolled them around on the floor of a Great Clips. They're also about five feet tall. I mean, they're maybe less nerdy than these other three, but you've gotta offset that with how stupid these guys are. They barely speak English and they install weird software on the computers that they download off websites we're not supposed to be visiting. We're not even supposed to have Internet, but they hooked something up to the telescope and now we can download pictures of ladies driving tractors without their shirts on. Actually, I'm not sure these guys are supposed to be here. They might have built their own rocket.

Question #1: What subject in school was the most important to being an astronaut?

PE. You've got to get used to handling balls and showering in front of other people. After that just take a couple math classes and shoot down a fighter plane.

Question #2: What is your favorite part of being an astronaut?

Do you have any idea what a stripper will do for you if you take a pair of her panties with you into space? The week before a mission I just drive around Tampa filling my pockets with stripper panties. I am talking dirty stuff here. Two girls, three girls, moms getting in on it. Whatever you can't think up. I got one girl to marry my Great Dane Duke. Not for sex or anything, just to see if I could get her to do it. They are still together.

Question #3: What is the most important scientific experiment you have worked on?

Something about cancer cells, but I'd have to look it up. I think it failed anyway.

Question #4: Do you believe in extraterrestrial life?

Absolutely not. What kind of ridiculous nerd question is that? Have any of you seen an alien ever? I think we would have by now. Jesus H. what a dumb question.

Question #5: What do you wear inside your space suit?

Right now I'm wearing a pair of Victoria's Secret lavender lace boyshorts. To get those panties up here I've gotta ditch all of my standard issue undergarments. Oh, I also wear a diaper in case I get zerorrhea. That's what we call the zero-g shits everybody gets. Your body doesn't know quite when or how to go, so every once in a while you'll just squirt a little sphere of dook in the suit. Especially if you've been eating the russian MREs. They come in a burlap sack and they always have some weird jelly packet that I think is ground up pig brain.

Anyway, if you kids are dreaming of space you can just forget about it. The way the economy is now NASA is gonna be lucky to launch weather balloons by 2015.