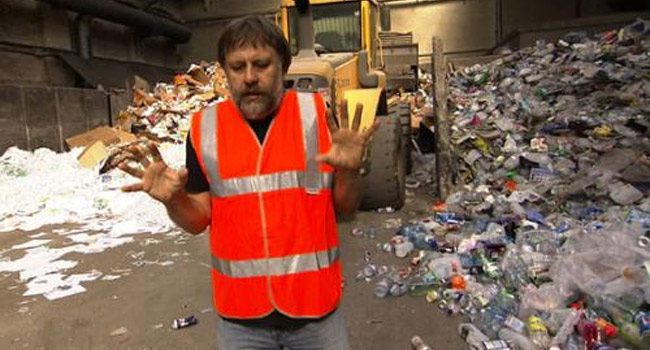 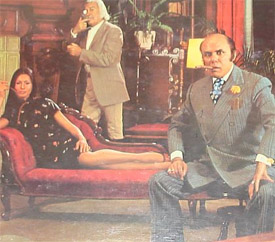 In the American television show Columbo there is a scene in every episode where the detective named Columbo badgers the person the viewer knows to be guilty with seemingly innocuous questions until the perpetrators inevitably break down and confess their crime. Columbo is using the classic Freudian analytical technique to attempt to ascertain the killer's motive (desire) and means for murder. He is the classical symbol of the detective. But I put forward Columbo and the very idea of the detective is actually a retelling of the myth of the Clue board game, which Lacan points out, existed recognizably in cultures long before the detective. Mysteries date back to early Iranian and African tribal cultures and the means for solving them predate detectives.

In this way the chronologically later implementation of the Clue board game is actually rooted in a much older tradition than detective stories from which it seems to derive. Therefore the movie of Clue, derived from the board game, is actually a purer form of the detective story. And the solution to each game of Clue can be found within the film using careful questioning.

The multiple endings available to this incredible film slip out from under Marxist analysis. We are the detective. It is mystery, we find, not the detective (as the structuring principle) as Marx believed, which "encounters itself in its oppositional determination," as Marx put it, using the precise Hegelian term. We are all Columbo, questioning ourselves and our own mysteries. In those answers we will find the parlor scene leading to fulfillment. 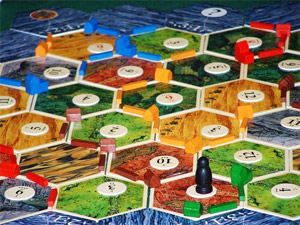 It is precisely the concept of Catan which a non-settler defines himself in counterpoint. One can easily transpose Zionism onto this scenario, or the North American excuse of Manifest Destiny, both of which envision the act of settlement as a necessary violence grounded in religious logic. Jean-Claude Milner in his reply to Alain Badiou's The Century suggested, to paraphrase his meaning, that no word induces greater divisions than that of "settler."

The robber is not the settler. The robber takes. He is the counterpoint to global capitalism and the extreme manifestation of liberal revolutionary ideology as antisemitism.

The settlements themselves arrive on Catan effortlessly, perhaps transported pre-fabricated in the manner of a house moved on a truck. The forebears, or benefactors, of the settlers have brought this ideology without need for assembly. It is itself the purpose. Become the settler or define yourself as non-settler of Catan. Recognize, at last, that refusing to participate in the birth of nation-states, to eliminate yourself from history, can be the only ethically pure choice. For all others, Milner's robber awaits.