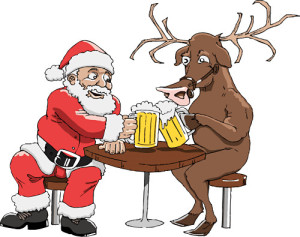 My aunt presented me with a pile of old clothes they were going to sell, and let me have my pick.

Afterthought: Another one, the year the PS2 came out, my mom was raving about getting me this SUPER AMAZING AWESOME present, something that everyone wanted and it was hard to get a hold of.

Christmas day comes around, and I am PUMPED. Woo! Hop aboard the PS2 train!

My mom hands me a rather heavy package, and excitedly chirps, "Here it is!!". I open it. It was one of those robot dog things. It was hard to pretend that's actually what I was excited about all along. Really, really hard.

M&M-themed mouse and mousepad, because "We knew you were into that computer shit."

Thanks, hillbilly cousins. I was a computer science major at the time.

A friend of mine received a TIN OF BEANS in his Christmas stocking back in 1996, he has kept them as a memento of what a fucking skinflint his stepfather was. They were best before 1998 and now the can is bulging at the ends, we are waiting for the day it explodes. God only knows what is living in there.

My step aunt, upon finding out that I had a new apartment, decided to hit the dollar store and help me out with decorating it.

-- a shiny plastic wall clock that was supposed to look like a giant wristwatch. The hands occasionally made spastic movements accompanied by a faint grinding noise. And if you folded the 'band' up, you could use it as a table clock too! Two hideous freaking clocks in one!

-- a knockoff of one of those Hummel figurines that's supposed to be a child praying to Jesus. This was from an alternate universe in which it was okay for the giant, mismatched eyes on the child's swollen head to be looking in opposite directions from each other, for the hands to be fused together in a solid lump, and Christ's name to be spelled Jasus.

-- Two foot-high jars of what looked like preserved alien intestinal parasites floating in colored water. I think they were supposed to be the cheap-ass version of those bottles of vinegar or olive oil with herbs sealed inside that were popular gifts a while ago. I don't know what the hell was floating in there. A layer of weird fungal crap coated the top of one bottle. I gave them away to a neighbor who uses them as decoration for his haunted house each year.

-- Ashtrays, one new, one used, both pink. I don't smoke, and my mom died of lung disease the year before. Thanks, Aunt Jane!

My sister got me this last year and I'm still not sure if it's the best or worst present I've ever received. 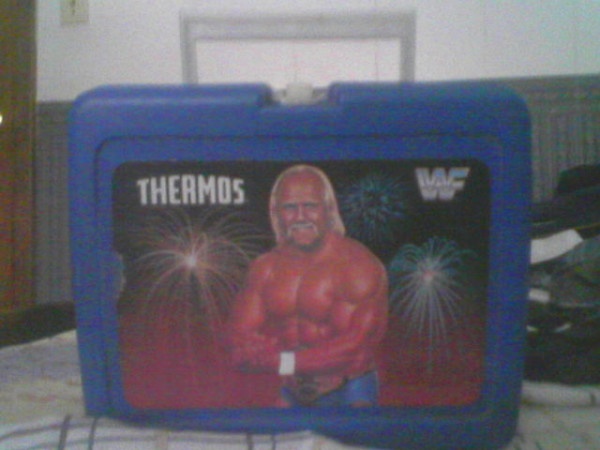 Yes, it has a thermos.