The Best Exotic Marigold Hotel for the Elderly and Beautiful

EXPECTATIONS: The premise of this film has been steadily growing on me since I first heard of it. Initially, the idea of old Brits moving to India to die didn't sound too thrilling, but the cast and the promise of some actual exploration of cultural divides has gradually piqued my interest.

REALITY: For all its clichés, The Best Exotic Marigold Hotel for the Elderly and Beautiful (I'll spare you the full title from this point on) has plenty of tricks up its sleeve to keep things fresh and interesting.

Upon hearing of a luxuriant new retirement home opening in Jaipur, India, recently widowed Evelyn (Judi Dench), married couple Douglas (Bill Nighy) and Jean (Penelope Wilton), retired judge Graham (Tom Wilkinson), lonely divorcee Madge (Celia Imris), wannabe Lothario Norman (Ronald Pickup) and ailing racist Muriel (Maggie Smith) all take the trip for various reasons. Once there, however, they find that the home isn't quite as luxuriant as they had been led to believe and the young manager Sonny (Dev Patel) may have ambitions greater than his abilities. Nonetheless/needless to say, the aging misfits soon begin to warm to the Marigold Hotel and to the Indian culture. 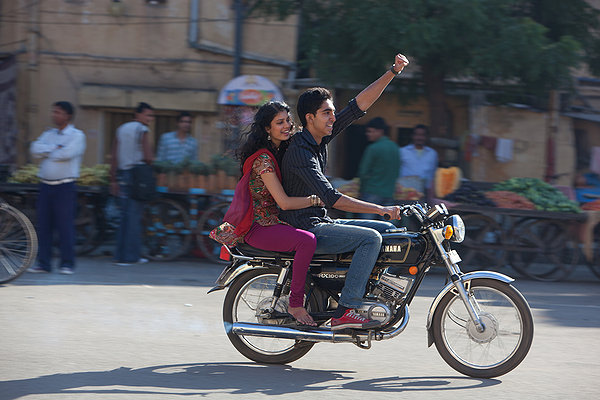 Obviously this film about a bunch of old white people moving to India wasn't ever going to end with them declaring the culture unworthy of their presence and them becoming suicide bombers or something: This could only ever have gone one way from the outset. But though you may assume you know exactly what you're getting into with this film's cultural messages, the elderly Brits of Marigold Hotel are never portrayed as the great, divine and correct peoples of the Earth, but rather a bunch of ignorant old stick-in-the-mud idiots with no understanding of the world at large. Their eventual change of heart is not your typical sudden epiphany about the worthiness of brown people, but rather a simple and gradual realisation that life is for living and that you should make the most of it before you die.

Of course, the driving force behind the film is also a culturally motivated one. The Britain that these "elderly and beautiful" knew from their youth no longer exists in the same form. An influx of Eastern cultures has made the country a more diverse and interesting place. To send a bunch of sheltered old-guard types to India - which is depicted here as having a generational crisis of its own, with young, progessively minded people struggling to escape tradition and custom - allows this film to cast a reflective eye on the changing face of British culture. 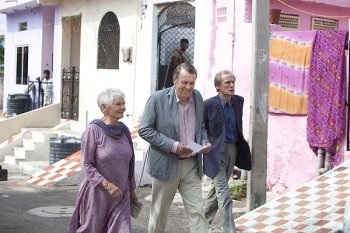 Britain is a nation that clings dearly to its aging actors, which is where vehicles like this come from.Something you won't be at all surprised to learn is that this ensemble cast is terrific. Maggie Smith steals every scene in which she appears through sheer naturalistic charm; Judi Dench brings a kind of child-like naiveté to her character, like a teenager who has been allowed out for the first time. Dev Patel is a great addition to the group, providing much-needed youth and energy as well as a little romance (with onscreen girlfriend Sunaina [Tena Desae]) for the oldies to embrace.

A particularly refreshing element of the film is the revelation, fairly early into the running time, that Tom Wilkinson's character, Graham, has come to India because he was raised there and fell in love with a local boy in his youth. Fearing he brought shame to this boy's family, he is desperate to reconcile with him and seek forgiveness. His heartfelt out-comings to the other retirees are met with very subtle and telling responses. The most telling response perhaps came from the audience I saw this with, most of whom were over fifty and quietly shifted in their seats. I look forward to hearing reports about right-wing nut jobs walking out in disgust at the thought of an interracial gay couple.

There are a good deal of clichés thrown in, however. Characters in unhappy relationships finding new purpose, a dyed-in-the-wool racist learning that Indian people are really no different -- they're all there. Thankfully, the surprises and moments of refreshing honesty make it work. It also helps that it is generally very funny and probably worth watching just to see how uncomfortable Bill Nighy looks on the back of a motorbike.

MINORITY REPORT: This is the future of baby-boomer cinema, isn't it? Modest comedy larks about boomers visiting retirement homes in exotic locales, looking for a good place to settle down in those golden years? George Lucas' Even More American Graffiti is gonna be weird. - Joseph "Jay Dub" Wade