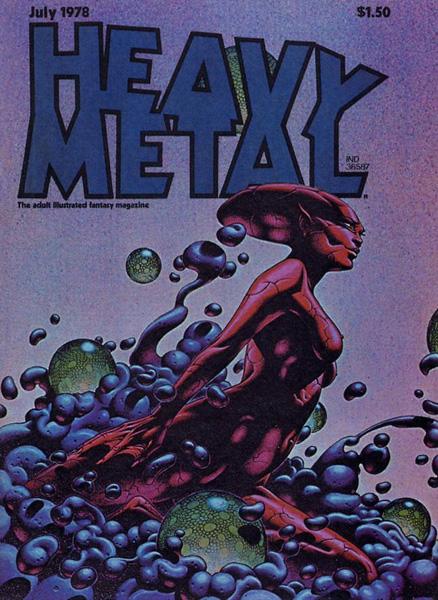 Steve: There were some alien ladies before but this is the first definite alien babe. Look at that, she's like a goo lady busting out of goo town.

Zack: I guess if you want to credit something like first alien babe, but since all you seem to care about is babes, I I think you're missing out on a cover that has much more going for it.

Steve: I resent that so much, dude. Babes are crucial here, I mean, it's Heavy Frickin' Metal. But babes aren't everything.

Zack: Yeah, well if you need a babe, you can't do better than the screeching bird lady with her huge knockers out blasting something with her shoulder cannon from the very next month. 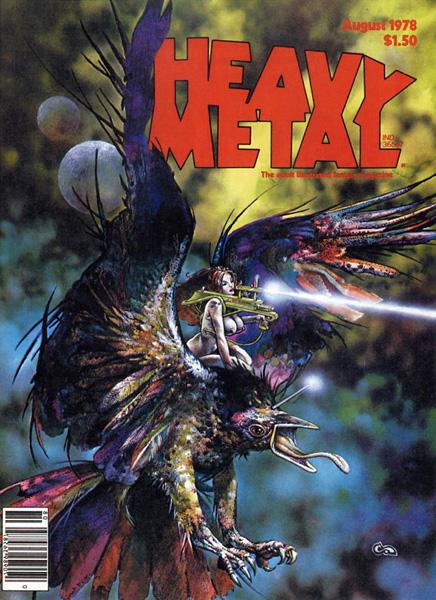 Steve: Ah, I see your point. What do you think they're shooting at?

Zack: Probably whatever was on the cover of Dirtbag Biker. Like a David Mann painting of a motorcycle being driven by Satan with a huge breasted blond woman on the back of the bike.

Steve: That is a war that I want to see.

Zack: Christians don't like to talk about it, but when the devil fell from heaven, onto a Harley Davidson of course, he was chased by a big titty angel shooting lasers.