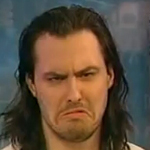 SA: Fans fill Andrew WK message boards with stories about how you took the time to call them, or draw a picture of them in an autograph line, or to go with them to a diner after a show. I haven't seen any jilted fans respond "it wasn't like that with me, he totally blew me off," and obviously if such incidents existed, they'd be on the Internet somewhere, but have there been any times when you felt like you were losing your way, in terms of remaining relentlessly open and friendly?

WK: When I was younger, there were definitely times when I questioned my actions, but I've tried to get better at listening to my instincts and not being so hard on myself when I do listen to those instincts. I think it's really good to be hard on one's self and to demand a lot of one's self, but not when it starts to become so depressing and debilitating that it takes away your inertia. So I don't want to overevaluate myself, or anyone really. I try to take all choices as being the right choice at the right time, and move on. Maybe I wouldn't do the same thing again, but that's why you can let it go, as far as what you did before, even if you weren't necessarily that happy with it. Because sometimes making a "mistake" is what allows you to see it as such and then not make it again. Otherwise, how would we learn anything? We have to be burned sometimes to learn that it hurts to touch something very hot. At the same time, it doesn't always take that, so you try to be as smart as you can. 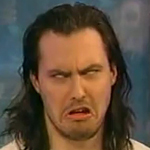 There's a popular quote, from Friedrich von Schiller: "Keep true to the dreams of thy youth." I heard that recently, and I asked myself "have I done that?" And I think I have, and what's interesting is that I thought sometimes that I'd done that to too much of a degree, when I made choices that seemed like they were against the traditional idea of what it was to live a life, or to be responsible, to become an adult, to settle down and live reasonably. I never did that, and I still haven't, and I'm starting to realize now that I'm 30 that life may never become that way, but when I was much younger, and in a more youthful state, these were the dreams I had, to be doing exactly what I'm doing now.

All along the way, I've tried to thinking about what, as a younger person, I would have wanted to happen. For example, going to a concert, I would have wanted the band to be nice. It was just a very simple thing to me. Now, if they hadn't been nice, would that have made me not like the band? Maybe not, but if they were nice, would that make me like the band and the whole experience that much more? Probably. I wouldn't judge people who weren't nice, because even back then I realized however anyone behaved was the real deal, and that was what the experience was meant to be, and it might make it more intense, but I couldn't really ask for it to be different. But I had that ability to choose how I was gonna behave, and I had that ability to shape the experience for someone else, at least in terms of how I was gonna present myself when it came time to go out there. 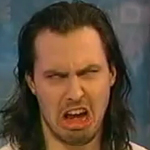 I've always thought of every day when I'm doing my work, every day that I'm doing Andrew W.K., every day that I have a chance to do something that so many other people don't get to do, or at least a chance that I'm grateful for, I want to treat it like it's the last chance I might ever get to do it. Things like being nice just come very naturally from this state of gratitude. How would you treat anybody if it was your last day to get to see them or get to go have dinner with them or get to make the most of their involvement in that night that I was putting on? It's like if someone had written a handbook, a user manual, for what this is, whether you call it Andrew WK or me or my life, this music, or the performance, however you want to describe it, part of the guideline was that it was this feeling of goodwill, this feeling of humanity at its best, and that was going to be represented by me and by the music and by the vibe. A huge focus of the whole effort was on this attitude, this feeling of goodness, and creating as strong of a feeling of that as possible. So all those kinds of actions just came very naturally from that mindset. It gave me something to focus on. It helped me make decisions when there were so many decisions to make, when I was being thrown into a very intense existence and a very intense lifestyle, really out of nowhere.

I didn't work my way up gradually. The first time I went on tour was really the first time I ever went on tour. Like in high school, I played in lots of bands and was doing all kinds of different things, but never at the level where Andrew W.K. started. It was an entirely new experience. And to have a framework to work within that was based on love, based on goodwill, based on the feelings I wanted to make out of the music, it just made everything very clear. I was coming from a place of much more darkness, and I was really just trying to change my brain, trying to relearn how to approach the world so that I could do this thing that I don't know that I felt even capable to do otherwise. I had to develop a new way of living in the world. 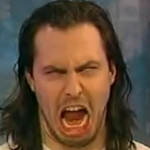 When I first started working on this project, it was really exciting to just start saying "what words have I been saying, and what kind of impact have they been having on my life or my way of thinking or my way of feeling?" And then when you start experimenting with those words, it's just like a great adventure, and it's hard to turn back once you've gone down that path. I specifically remember these experiments and projects with words, and I remember thinking "there's no way it can get more intense than this," and then months or sometimes just a few days would go by, and it would have doubled in intensity, and I would think "there's no way it can keep going like this." But it does, and I guess the process is some kind of self-education or slow unfolding enlightenment. I don't claim to be enlightened at all, but if you can somehow keep growing your mind and keeping yourself in that state of shock, almost a state of being off-balance, you really seem to be able to push further.

It seems like it takes this kind of front-brain concentration, this front focus - you can feel it in the front of your mind, like right in your forehead, and if you put enough energy in that area of your brain, it seems like you can kind of blow your own mind. Then you can start doing anything you want. It's a very outlandish way of thinking, it's very unreasonable, it's very unrealistic, and that's what's dangerous about it and also what is highly questionable about it. It's easy to criticize this way of thinking. People would say it's having your head in the clouds, people would say it's unrealistic, but I decided to not ever want to get back to reality, and I don't know that there is a default reality. I think that it's my reality. We each have our own reality, and it's just being yourself. It's not selfish, it's not ignoring other people. It's having freedom, and maximizing what you can get out of it.