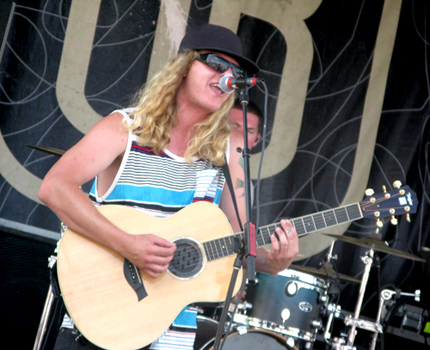 This dude is probably rapping. You can guess how that sounds.

Most surprises on this tour aren't so pleasant. It wouldn't be Warped if you didn't step on at least one landmine that temporarily destroyed your faith in music and your will to live, and this time that unforeseen explosive was Dirty Heads, a lethal 311//Shwayze hybrid that combines an acoustic-guitar-strumming beach-dude crooner with a sleazy, stringy-haired rapper who banters about his balls. Dirty Heads are like Surf School, the band. 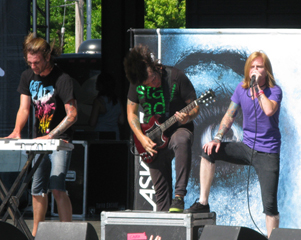 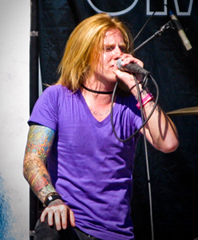 A Skylit Drive brought an air of mystery to the festival, related to whether the thing handling lead vocals was a scrawny man or a husky woman. From a distance, the orange-haired enigma looked and sounded like a burlier version of Paramore's singer. This peculiar man/woman made the "Boner Springs" joke without playing the gender card. Eventually, I decided this was a woman singing. But I just looked it up, and it turns out it was a man all along, a man who goes by "Jag" no less. This was quite a double-reverse mindfuck. Androgynous intrigue aside, the band blew. 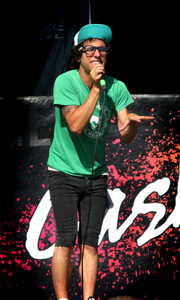 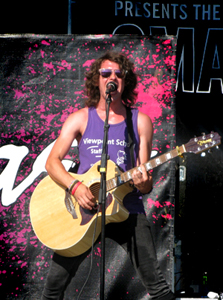 The worst thing that's happened to the Warped Tour is the influx of bands that are horrible on purpose. I suppose it's inevitable that genres as inherently ridiculous as emo and metalcore would devolve into straight self-aware comedy. I assume Cash Cash counts itself among the "laugh with us" crowd, because, seriously, look at these fucking guys. Also, they pranced onto the stage accompanied by "Pump Up The Jam," then they played some sort of boy-band jock jams using a keytar, electronic drums and, inexplicably, an acoustic guitar. I'm sure a lot more stupid shit took place during their set, but I left because I'm tired of watching bands who lack the integrity to suck honestly.