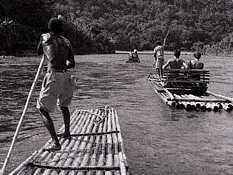 "PLEASE GUIDE US TO THE LAND OF OPPORTUNITY."

86. If an enemy is running, under no circumstances should they ever stop running, not even if your main character kneels before them and drop your weapons. (Submitted by Acidhell)

87. Your main character should be capable of eating at least ten "bags of chips" a second. (Submitted by Acidhell)

88. In the future, there will be one type of pistol and one type alone. (Submitted by Acidhell)

89. Shadows should make your main character invisible but other characters entering those same shadows should still be highly noticeable. (Submitted by Acidhell)

90. 9mm Submachinegun bullets are much weaker than 9mm Pistol bullets. (Submitted by Acidhell)

91. If health is restored by eating or drinking, all food items should be perfectly safe to eat, no matter where they were found. If the player finds a steak on the floor of the bathroom behind a toilet, he will eat it because it is sterile and germ free. Whether you defeat a caveman and find a sandwich in his filthy bearhide loincloth, or whether it's fruit growing from a pool of glow-in-the-dark chemicals, it's all perfectly fine and socially acceptable to wolf down. (Submitted by Brad Collins)

92. Make sure that every upgrade or release for your game resets all of the control bindings to default, and sets the multiplayer name to "Player" or "Bonehead". (Submitted by Brad Collins)

93. The boundaries of your game should be clearly defined and "realistic." To achieve this, place several two foot high rocks around the player's spawn point and he will understand that there's no getting over them. (Submitted by Mark Arenz)

94. There is usually some 'artifact' that you have to collect, but the bad guy must always split it into 4 or more pieces throughout his evil domain. Each piece is guarded by some warlord type guy who wears a leather thong and has a huge axe type weapon. He must also be surrounded by 'lesser' minions who run at you no matter what happens, and there must be flying enemies at these points too - who must have lasers and nothing else. (Submitted by John Donnelly)

95. Really smart enemies will always carry explosives on their backs. (Submitted by Are Granhaug)

96. Don't ever put any useful commands like FOV in the options menu. Force people to go to an external website to read up on them. Make sure to keep the command names different for every game. (Submitted by Jasse Bassett)

97. Laser pistols are weak and slow. A laser beam looks like a small meteor, but travels at a very slow speed so the aliens can dodge it and appear to be smart. "Advanced" weapons that use alien technology shoot projectiles that travel at much faster speeds, because they're not dumb enough to use lasers. (Submitted by Hansmuff)

98. If you must protect an NPC while they perform a critical function such as examining the nacho cheese left behind by the arch-villian, in the "moderate" difficulty setting she should die as soon as a bad guy even looks at her. If you play in the "hard" setting, she should actually attack you before committing suicide. (Submitted by Jordan)

99. If the player spends five minutes underwater and his oxygen supply is almost empty, spending approximately one nanosecond above water should allow him to fully recatch his breath and spend another few hours underwater. (Submitted by Jordan)

100. If the map takes place in a city, only the bad parts of town should be shown. The good parts of a city (theater districts, commercial zones, residential areas) are only for fancy games. (Submitted by Kit Lo)