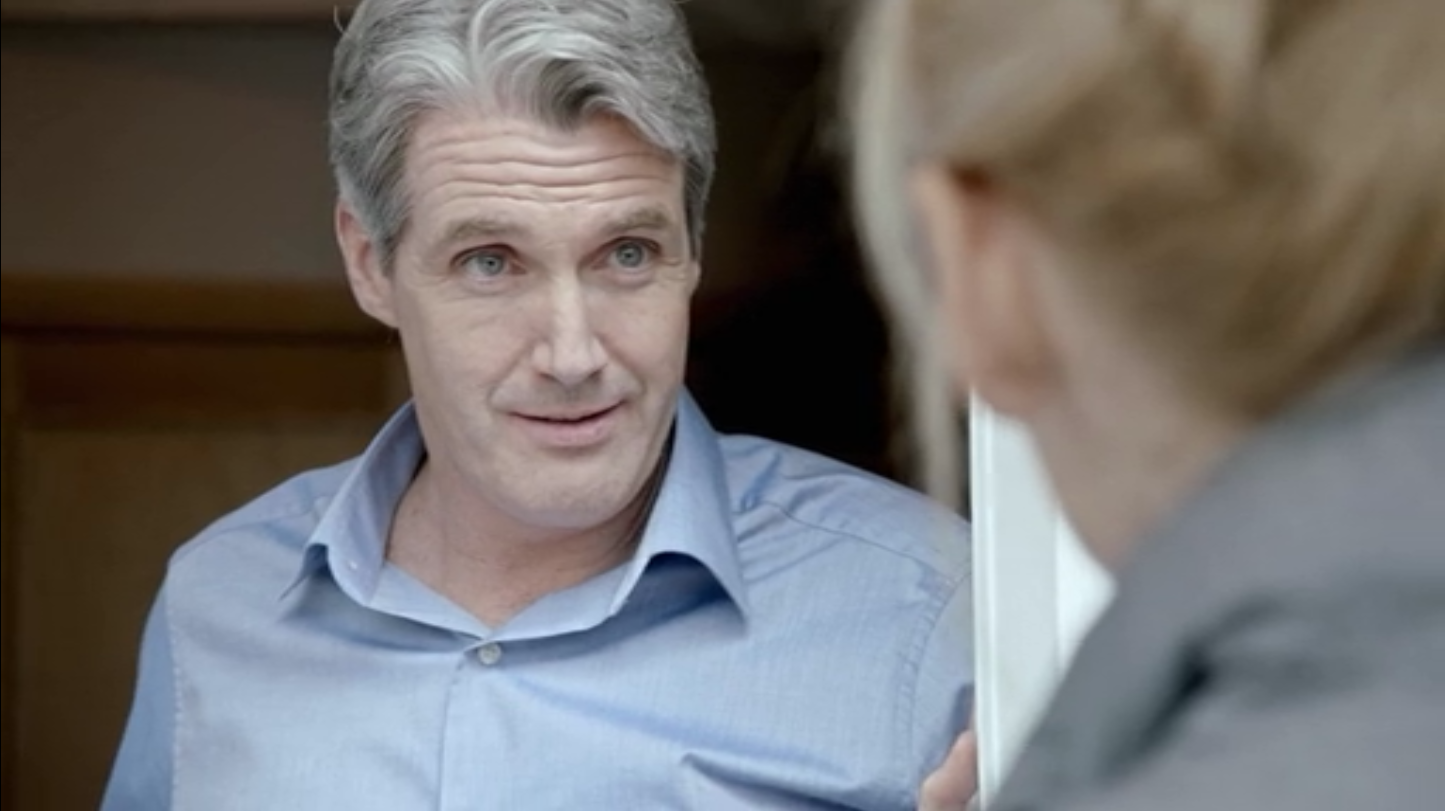 Needless to say, our plucky protagonist and her recently exhumed mother somehow manage to lurch and drool their way meticulously through all of the above scenarios, dragging a kidnapped made-for-TV film crew and the utterly decimated remains of our psyches along with them. In therapy, Taylor and the fat ugly kids she's forced to sit next to learn valuable lessons about the importance of never standing up for yourself, and how serious, hate-fueled bigotry toward minority groups is exactly the same thing as spoiled white girl caricatures bickering over who stole whose date for the Winter Wonderdance. The group also hammers home such indispensable survival skills as "tell on the bully to their ISP and watch them laugh in your face" and "block 'em when you don't wanna see what crap they're saying about you" - to which our protagonist Taylor, as if to preempt any growing suspicions that she might be Aristotle incarnate, mightily replies "God, I never thought of that."[4] 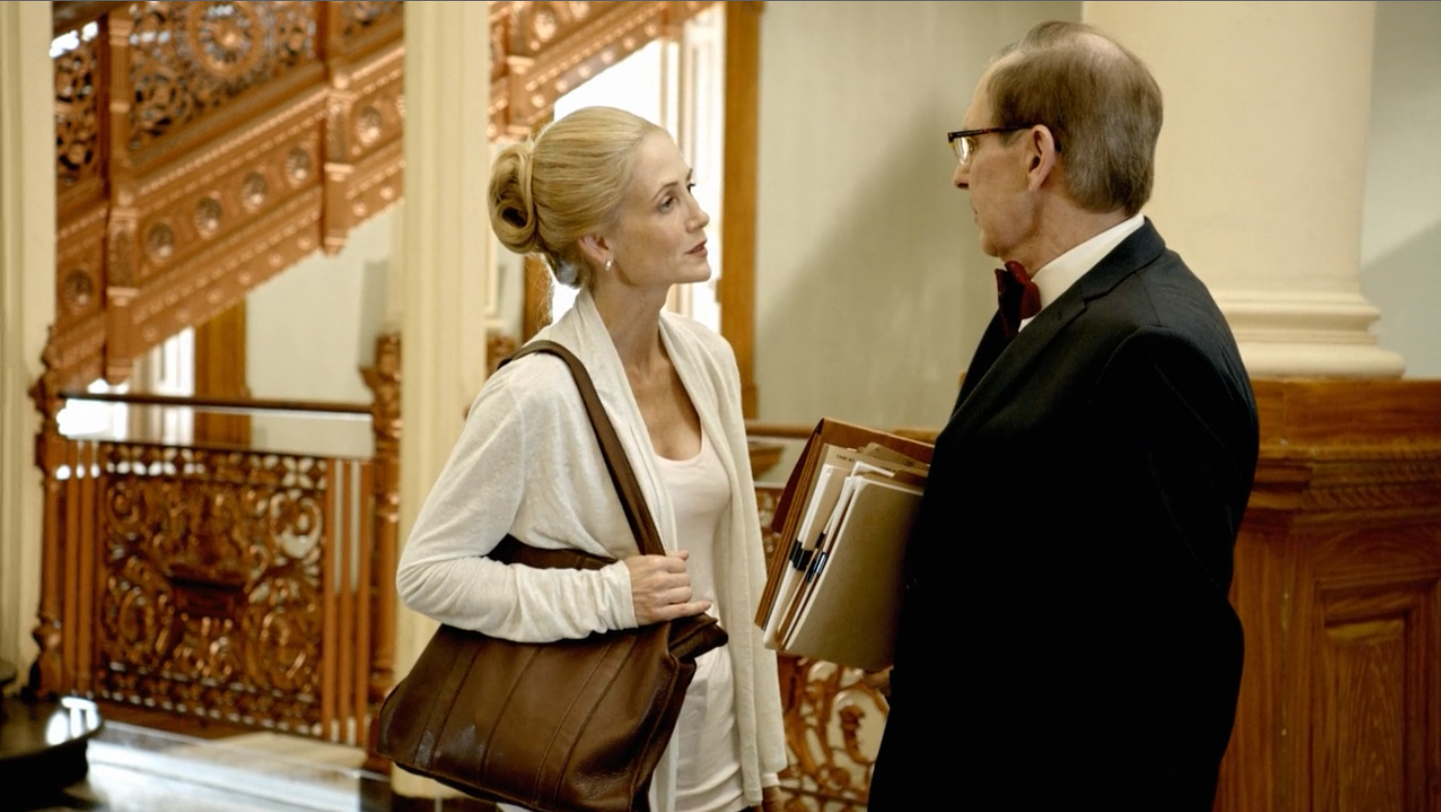 "I wish I could help you, lady, but last time I introduced anti-bullying legislation the majority whip gave me a double-atomic wedgie."Meanwhile, not to be outdone by her daughter's towering intellect, mom discusses the issue with noted United States Congressman Orville Redenbacher, who apparently also wrote this movie since he freely admits to having no idea what the hell the internet is or how to use it. He does, however, know enough to point out that "There are delete buttons on computers," mom's response to which is almost as dumb as it is stupid: "I thought so too until I almost lost my daughter." Wow. Hard-hitting stuff. Right about now you're probably thinking about all the awesome ways this riveting crescendo of suspenseful agony could explode into a final unforgettable courtroom debate, where titans of drama like Pacino and Spacey thunder away at each other across the rich mahogany about truth and justice and all that bullshit.

Instead, the shiny slimetrail of melodrama finally ends with a scene so mind-numbingly stupid and hopelessly out of touch with reality that even George Lucas couldn't have conceived it. Like everything else in Cyberbully, it also seems like it was written by someone who experienced all of high school in a dissociative fugue state and has only heard of the Internet in the hushed rumors of travelers passing through an isolated monastery:

Just in case your brain immediately rejected that video evidence, let's review: Taylor and her righteous group of sociopathic backstabbers, mindless social climbers and pathological liars heroically confront and smite the evil bullies in the cafeteria by saying these magic words: "Hey, I know you think you're probably being funny, but you should know your words actually hurt," and then everyone else gets up and gives them a standing ovation. No really, that's not a joke. That's what actually happens. That's it. That's where all those weeks and possibly months of almost attempted attempted suicide and intervention and therapy and confession/redemption and grassroots political nagging and softcore human-interest journalism have gotten us. Feel that? That feeling right there, gnawing away at whatever pathetic tattered husk of a human soul you have left? That's Cyberbully. And if that doesn't make you want to kill yourself, we don't know what will.

Well, guess that's it for this week. And forever. We don't know why everybody hates us, or maybe we do, because now we hate us too. We no longer see a reason to try, or talk, or breathe. We're just, we're done. So that's it. Bye forever. Assuming we can get the cap off, of course.

If you or a loved one have been a victim of cyberbullying - or of the movie Cyberbully - and have come to accept the inevitable truth that real freedom can only be attained by embracing the silent anesthetic oblivion of death, send your gloomy nihilistic free verse and existential musings to trillaphon@somethingawful.com (or sign up for our weekly ritual suicide pact newsletter for all the latest updates on life's meaningless drudgery and the cruel hypocrisy of self-conscious mortality!)

[4] Cyberbully Prevention & Response Tip #7 - Never delete or ignore hurtful messages or attempt to block contact with a bully - these communications are vital for proving to parents, friends, school administrators, and law enforcement officials that you are a victim of serious harassment and not 'making it all up' or 'just being dramatic,' and attempting to sever contact with a bully could escalate your conflict to physical violence or more serious cyber crimes like 'Hackering'. Remember: most bullies are emotionally unstable, so anything you do to provoke them could result in serious harm to yourself or your family. If you believe yourself to be in serious e-danger, inform your bully that you will 'brb,' move away from your computer, and find the nearest police officer or trustworthy adult.