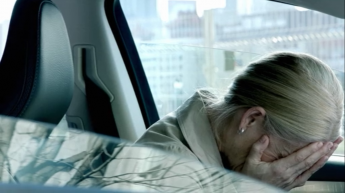 Most of the 40 minutes or so in between this riveting cyber-drama consists of scenes in which the control freak Mum-Ra and her toast-faced daughter scream at each other about exactly the same shit over and over, most of which can essentially be boiled down to the following conversation looping ad nauseum:

Mom: I told you the internet was the devil! You should've deleted your stupid profile the first time I told you to! I am definitely going to take your laptop away this time young lady!

Toasty [sobbing hysterically]: Oh look mom, I got a new comment about what a disease-ridden prostitute I am! It sure is nice to have wonderful friends! End sarcasm!

Toasty [gurgling through the snot-drenched garbage that is her lines]: Shut up mom! It's not fairKRSHMMMMMMMEHHHHHHHNNNNNUHHHUHUHUH! Those things people are saying about me on the internet are not true! How could this happenBHRWRAAAHHHHWRRGGKLSMEHHHHHAWWW!

Mom: I told you the internet was the devil! You should've deleted your stupid profile the first time I told you to! I am definitely going to take your laptop away this time young lady!

It's like some Bizarro World Abbott and Costello routine, where Abbott and Costello have been replaced by two severely concussed bipolar shrews, who instead of entertaining us with pithy wordplay or physical comedy just sort of stumble aimlessly through a series of meaningless and increasingly uncomfortable moments while shrieking and crying over things most 9-year-olds would consider trivial.

Thankfully for the bitter, fist-clenching politico guerrilla in all of us, there's also a rich and stimulating subplot running through all of this, wherein the still-unthawing cryogenic mother slithers to school administrators, parents, and government officials in a noble attempt to spread awareness of the serious virtual bullying threat eating away at the e-fabric of our society, and to pressure them into passing landmark legislation savagely curtailing basic constitutional rights in the interest of helping Americans everywhere fight back against a handful of shithead kids at some high school nobody's ever heard of[2]. 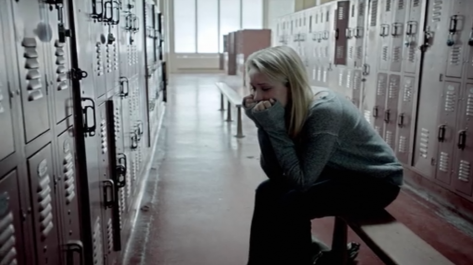 RT @KimKierkegaard: It's not too late to buy my True Reflection fragrance! It gives the spiritless sufferer the smell of artificial vitality."Why wouldn't you treat a cyberbully like a regular bully?", she asks her daughter's school principal; a question to which there is a long list of good answers, but man does it sure stump him. Obviously what Principal Fatcat fails to realize is that this isn't like just any old bullying. This is cyberbullying, and it ain't - as Tony Todd might say - no "soft-ass shit" like the switchblade fights and clifftop death races those sissies in old James Dean movies had to deal with. "Being bullied online," the movie poignantly reminds us, "that can push a kid over the edge. It's like a group assault." Because, as we all know, raging hormonal teens don't normally form exclusionary social groups (or "cliques,"), and even if they did, they certainly wouldn't use those groups to humiliate their peers or brainstorm new and exciting ways to turn some fat kid's underwear and a roll of duct tape into a weapon of unspeakable power. At least, not until you give them a taste of Internet. Like chumming shark-infested waters, introducing social media into teenagers' natural habitats seems to whip every wholesome, courteous American pubescent with access to a wifi hotspot into a murderous frenzy of gnashing jaws and cold, lifeless eyes from which there is no escape[3].

What is the solution to this madness? Kill yourself, apparently. Well, either that or pass some vague, sweeping laws criminalizing calling people names on the Internet. If neither of those works out, try going to group therapy with all the ugly kids and being really condescending, and/or selling your 'story' to a 'major newspaper' whose daily headlines range in relevance from "Box of Fluffy Kittens Noticed" to "Township Sanitation Committee Chairman Caught Picking Nose in Arby's Bathroom."

[2] Cyberbully Prevention & Response Tip #37.f: Try to get the government involved, because this is America and litigiousness will make you both a) rich and b) popular.

[3] Cyberbully Prevention & Response Tip #5 - Know your computer. Today most computers are powered by electricity via cable and have readily accessible buttons that allow you to suspend or resume the flow of that power to your computer's internal circuitry. Knowing where these are and how to operate them is essential for your protection, as cyberbullies can and will strike without warning. If a cyberbully attempts to say hurtful things to/about you, turning off your computer will disrupt the flow of that information to the 'net' and render a potentially dangerous bully virtually helpless.