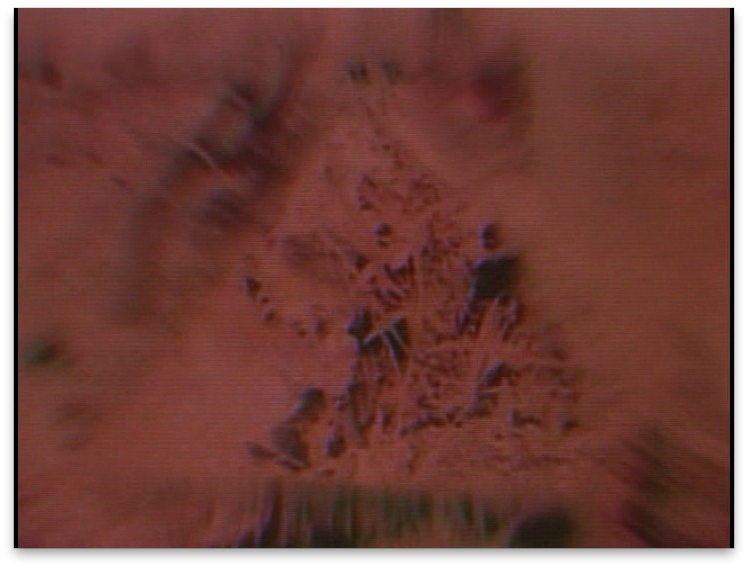 The most interesting thing about pinatas is probably their vision - even today, scientists from around the world are still grappling with the subtle mysteries and complexities of what we like to call, simply, "Pinata-Vision." No other known species visualizes its environment quite like pinatas do, and for good reason. Biologists and animal behaviorists theorize that any prolonged exposure to Pinata-Vision would cause most other animals - including humans - to go insane and tear their own faces off. How fitting, then, that Pinata-Vision seems to make up something like 30-50% of all screentime in this movie, which might be a blessing in disguise if it weren't so heinously sickening to look at. It's like if the alien from Predator suffered severe head trauma and decided to run around the forest with a broken View-Master glued to his face. But hey, don't take our word for it:

If you wore three pairs of beer goggles on top of each other, stared directly into a solar eclipse while continuously dosing and re-dosing yourself with borderline lethal doses of LSD, and then ran around in a fun house full of spotlights, your visual experience at any given moment would still be vastly preferable to Pinata-Vision. Somehow the pinata's still able to track down and murder all of the drugged-out losers on this island smorgasbord, which is really just further testament to their bottomless stupidity.

We're not sure what exactly inspired the Hillenbrands to stir together this heaping bowl of lumpy cinematic shit porridge. Maybe they're trying to work through the combined trauma of harrowing journeys through bad bush infested with Viet Cong, or a ninth birthday party where the pinata was filled with venomous spiders instead of candy. Or maybe they were just stoned out of their gourds when they pitched this idea to each other. All we know is that they should have gone with the much more accurate title: National Lampoon's Van Wilder 6, Even Van Wilder vs. Predator 4.