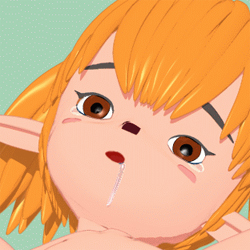 After 10 Final Fantasy games, Square decided to mix things up a little. Looking at the game market around them, the company realized that MMORPGs, or endorphin-promoting money factories, would be the best format for a new Final Fantasy game. The unique gameplay style of “you buy this and we hold your fun hostage for over $10 a month” was a departure from the traditional Final Fantasy formula, though welcomed by many fans. Since the beginning of the series, RPG enthusiasts have proclaimed, “I enjoy running in circles, constantly getting in battles with different-colored versions of the same monsters over and over, but what’s with all of this other stuff like story, characters, and enjoyment?” Grinding, once a mandatory and hated activity, became the focus of FFXI, which still has hundreds of thousands of misguided subscribers.

The game does have one benefit, though; if anything, it lowers the standards of enjoyment for all players involved. After all, why spend nearly 30 dollars on a night out at the movies when you can be just as delighted by encountering familiar objects in different colors? This is why for FFXI players – if they changed their clothes – the perfect Christmas gift would be one of those asinine color-changing sweatshirts from the 1990s. And the fact these sweatshirts no longer work after being washed would not be a problem.

But there’s much more to FFXI than spending thousands of hours killing crabs by yourself. There’s also spending thousands of hours killing crabs with other people from the Internet. Yes, the difficulty of FFXI eventually makes going solo an impossibility, which means you will be forced to assemble with other MMORPG players for the purposes of communication and cooperation, two concepts these people know as well as the concept of forming healthy social relationships.

Let’s get one thing straight: I’ve known MMORPG players, and I’ve spent every subsequent moment of my life trying to not know them. These are the kind of people who will excitedly show you underwhelming and confusing videos of their latest MMORPG victories while you desperately scan the room for a blunt instrument and a shallow ditch to roll the body into (Protip: Most rooms do not have shallow ditches.). You really don’t want to become one of them, as most outsiders would question the choice of dropping out of college for the purpose of attaining a fictional enchanted toe ring. 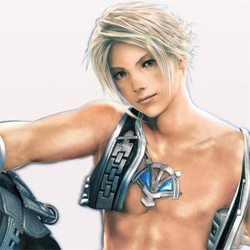 After about six years, Square decided that maybe it was time to make a good game that didn’t show utter contempt for their customers. “Ridiculous!” shouted shareholders, “That would cost money!” Square, after putting the finishing touches on Samurai Legend Musashi: Fond Memory Destroyer and Final Fantasy VII: Chase the Chuck Wagon (sequel to Final Fantasy VII: Sealed in Bauxite Edition), decided to assemble a team that would make Final Fantasy XII the franchise’s PS2 swan song. For the first time in the 21st century, the sounds of powdered rhino horn being snorted off the underage backsides of male prostitutes were not heard at Square. Instead, the sounds of hard work and people not coding with their feet marked the development of a Final Fantasy title that would end up having a record development time. After two long years, the team finished the project, but unfortunately had to start over from scratch since they had accidentally made Kingdom Hearts 2: a game that can only be described as the result of an accident. Sadly, fatigue prevented the team from realizing their grievous error, even after they successfully rehashed a shitty underwater part from a previous shitty game.

Production was restarted, nervous breakdowns were had, government standoffs ended in tragedy, and finally, Final Fantasy XII was released. As expected, the game was immediately rejected by gamers for being good; RPG fans assume that the Final Fantasy series should be comprised of nothing but tedium, intermittently interrupted with full-motion-video. Even some of those who stuck with the game eventually gave up, thinking the words “game over” could only be a game- ending bug that occurred exclusively when they entered battles. Little did they know, with Final Fantasy XII, the button-mashing gameplay they had grown used to over 19 years would win them nothing but failure and an exponential increase in carpal tunnel and curses heard only by basement walls.

Final Fantasy XII is regarded by most the apex of character design for the series. That frisky little fellow on the left is Vaan, the main character in the game, and also part of a bold new movement in re-imagining the tired stereotypes of masculinity. Women can have midriff-exposing shirts, soft, supple, lips, and vaginas, so why can’t men? If Vaan is any indication of this growing trend, the main character of Final Fantasy XV will be a poet named Bryce who wears nothing but a pink doily on his taint.

So after nearly 20 years of enjoyable games and exciting excitement, what does the future hold for Square? What grand new adventures will they take us on next? What remarkable new characters will we get to know as if they are real people?