Judging others based on appearance is an important part of human life, and the only thing that makes our dickishness more flagrant than that of the animals. An exception of course is the American Judging Bird, which was hunted to extinction after one of them made the "that's a little gay" wing motion at the vast array of Colonial pantaloons that were popular during that era (Wikipedia 12). Today, the American Judging Bird can only be found on the backs of three dollar bills, but modern internet fashion critics can survive by using the power of anonymity to plunge a hypodermic syringe full of Drain-O into the neck of sweet lady fashion, all while silencing her cries with a filthy rag. And if you didn't get an erection from reading that last sentence, then mister, maybe you don't know how far we've come.

Besides getting a perverse amount of self-worth after watching a fat man in Zubaz pants try to clean chili off of his fingers, the meat juice dripping down to his elbow as he tries to clear his arm past his pendulous breasts so he can lick it off, there are some constructive uses of fashion criticism. If clothes make the man, then shitty clothes make the shitty man. Hence, therefore, and ergo, I know many words that will lead to proper segues. A segue such as this: clothing, being a representation of our metaphorical insides, can tell us much about the fleshy lump of sadness trapped within. The Something Awful Psychological Haberdashery Analysis Research Team (SA PHART) has examined six of the most telling upper-body garments, and the dangers of those associated with them.

This analysis is brought to you by Zubaz. Zubaz: They're Not As Bad As I Said They Were Five Sentences Ago™ 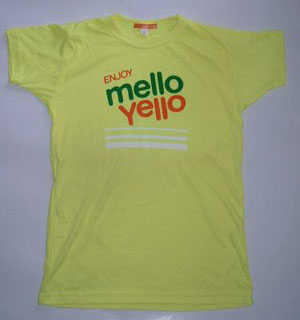 Worry that one day someone may take one of their ironic buttons seriously, and there's no way they would have voted for Dole in '96, no way

Wrote a 40 page dissertation on "Old Weezer" vs. "New Weezer," sadly for a Black Studies Class, but got a C when they worked in a sentence about jazz

Are not sure if people are being sarcastic when they say they like The Mars Volta, so maybe that The Mars Volta neck tattoo was not a good idea

Have no idea what is pictured on their shirt, but they saw it on Robot Chicken so it must be kitschy

Have that musty thrift store smell, which makes sense because they are as sexually appealing as the Goodwill toy shelf

Host MySpace pictures that are so obscured by angles, lighting, and Photoshopping that the even CIA's lead robocop (not affiliated with Orion Pictures' Robocop or Frank Miller's Robocop) could not identify them. 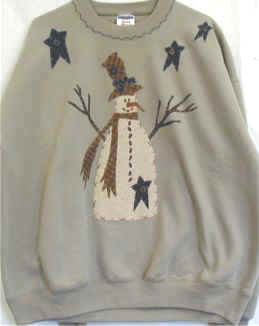 Take advantage of the air bubble located in the midsection to hide the pouches gained late in life, used to house smaller grandmas

Can inflate the sweatshirt at will to scare off larger grandmas, osteoporosis, and "The Demmycrats"

Adorn their garments with rhinestones, glitter, and puffy paint so you have something to quiet your rage when they tell you the same stories over and over again

Disapprove of you, your "novelty haircut," and your "lack of participation in the race wars"

Give bristly kisses that remind you of your own mortality, which is not unlike kissing a construction worker (preferably one on the girders).