Female Comedians Should Be Grateful If Louis C.K. Beats Off In Front of Them

Complain about political correctness all you want, the real thing ruining comedy in this day and age is the sense of entitlement from female comedians. 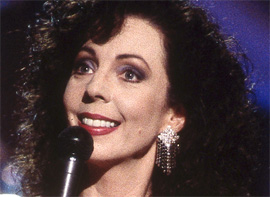 Like these anonymous lady comedians who claim maybe Louis C.K. maybe jerked off in front of them and maybe wouldn't let them leave a hotel room. Real nice, ladies. The guy invites the two of you up to his room for a little tug sesh and you blab it all to Gawker. They don't name him, but everyone knows they're talking about Louis.

And to Louis' anonymous accusers I say: we all feel so sorry you had to see one of America's comedy treasures with his pants around his ankles and his back holding a hotel room door closed while his bright-red ding dong was in his hand like he was trying to peel the wrapper off a Christmas candle. What a nightmare!

Those two women should be grateful. They should feel lucky they got to see an undeniable genius of comedy desperately cranking his goo pipe. What an opportunity! He is hilarious. Did they even see his SNL monologue?

Even if they weren't fans, he has a TV show named after him and he was beating off. That's like a handshake only they didn't even have to touch his hand, just watch him do it.

I wonder if they have any idea what women had to deal with to become comedians in the 70s, 80s or even the 90s. Back then, women had to use their bare fists to massage the prostates of headliners almost every night. These aren't even household names we're talking about, these are just the guys that could open the Haw Hutch in Dayton, Ohio on a Thursday. Sure, there were a few big female stars of comedy who got to swing with the A-list. Women like Joan Rivers could squat and urinate onto a glass coffee table for a Don Rickles or a Bob Newhart. Meanwhile, struggling comediennes were lucky if some random guy on the street told a joke and then blew a load on their tits.

By the 80s, things were easier for women in comedy. There was much greater access. Your Paulas Poundstone and Judies Tenuta were regularly booking slobber time on the logs of some of America's best and brightest funnymen. 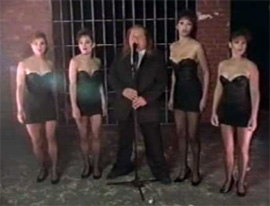 This situation only improved in the 90s. You had a comedian like Marc Maron asking female comics back to his hotel to help him contort into a sort of self-suck situation that was only barely imaginable in Tijuana Bibles of earlier eras. He's still in that position to this day. It's called progress.

Maron wasn't the only one making time for female comics. Howie Mandel was working Bobby's World and booking 3,000 seat theaters and still taking the time to let Rita Rudner peg him through a giant latex sheet clipped to a hospital divider that he had custom built in Japan. He traveled with it everywhere. Times were changing for the better.

I can already hear the outrage about the point I am making. Zip it. This is not a Bill Cosby situation. Louis didn't use drugs and he didn't get rough. Bill Cosby had nothing to teach those women about working an audience. He was purely in it for himself. This is much closer to a Sam Kinison situation. He used to have women put cocaine in their mouths, let it dissolve, and then spit it onto him while he made love to a blow up doll. Some of the funniest women in comedy got their start as one of Kinison's spitters.

This sort of thing used to be called mentoring. Now it's gross or something? No, I think those two unnamed comediennes just need to get a grip on reality half as good as Louis had on his ginger ding dong. If they just learned from their mentors, learned how to be funny, and shut their cocaine spitting holes, maybe their names would be on a show of their own.

Ladies, the next time a comedy legend whips it out and won't let you out of his hotel: show a little class.