The Peculiarest Panels of All

Now hold on just a second. That's a pretty strong declaration. Take your time and carefully consider all the facts before committing to a stance that might make you sound silly. 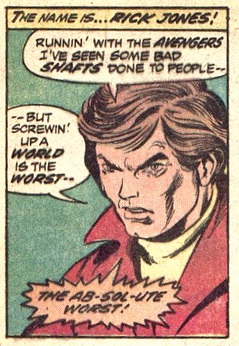 Rick? Rick Jones, is that you again? What did I tell you about running your mouth before thinking things through? 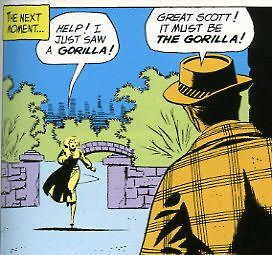 The secret? She's allergic to lead. 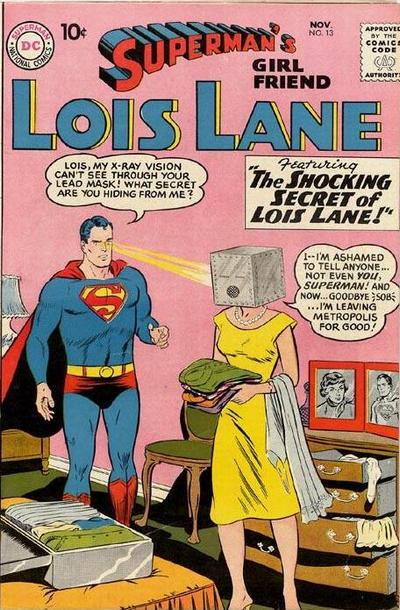 Ah yes, here we have the internet's origin story. It's quite worthless. 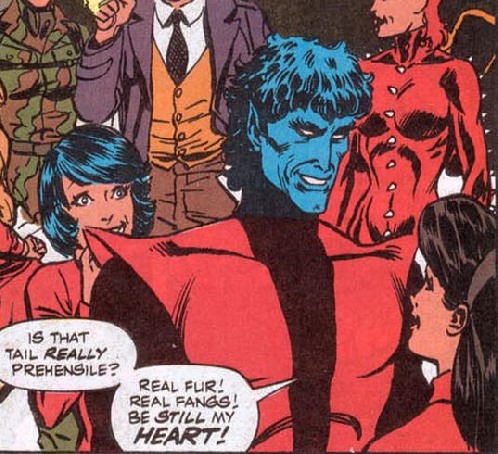 Well, I suppose that's reassuring, but the theater signs clearly asked everyone to turn off their cell phones. 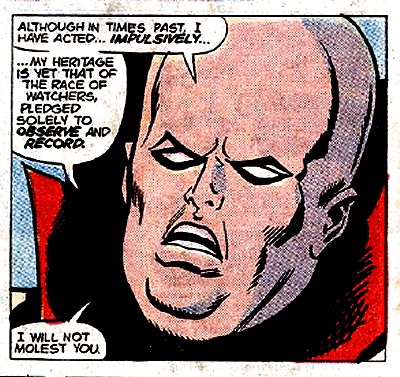 "You think that's strange? Wait til you see the album of shavings I've been collecting from your shrinking hand!" 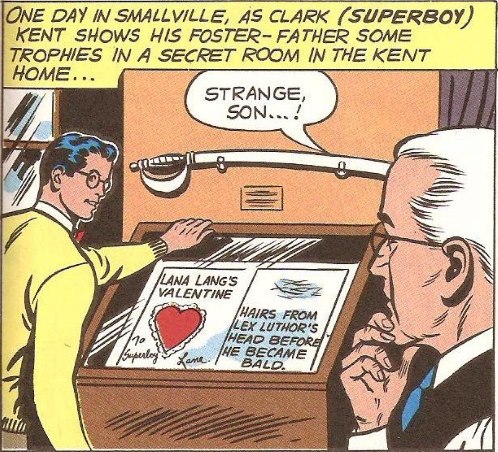