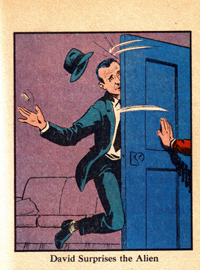 Aliens are very curious about human activities. If you open every door with the force of a powerful hero, you will surprise many eavesdropping aliens. They threaten "watch where you're going," but I always say "not this time, spy," because they can't watch where I'm going any longer! They become silent with shame. 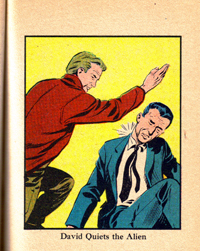 Once you have surprised an alien, he will usually moan and complain. You can quiet him by slapping him in the throat. If his head falls off, you have slapped him too hard. Don't worry, this happened to me the first few times. You just have to keep practicing. The generals will send you to buildings where there are always replacements. 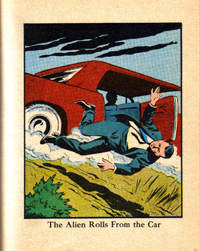 When the alien stops making noise, push him out of a car. If you are not absolutely sure that your passenger is an alien (for example, if they're missing their hands), just be sure the car is moving at a slower speed: This makes further evaluation much easier. 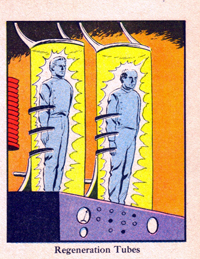 These are Innocence Tubes, like at the Facility. But sometimes language is different on the Outside. The generals call these regeneration tubes, and also I heard someone say that the people in them aren't real living humans at all, but actually [Speculative content not appropriate for field correspondence]. 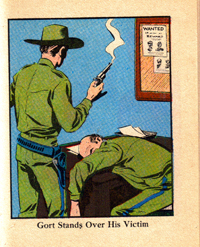 Stevie and Max are good hero names. So are Bat-Man and Spider-Man, any name where "man" is part of it lets you know for sure that it's a man and not an alien. But "Gort" is a strange name. Never trust the owners of strange names! Test them until they prove they're people. Also, the generals told me this: "Assume anyone dressed as a police officer is most likely a dangerous extraterrestrial impostor, and act accordingly." 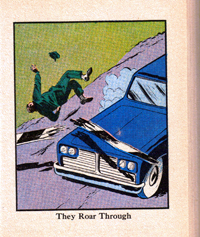 Whenever we go far from where the explosion happened, there are these black-and-white sticks that get in the way of the car, with uniform people nearby. The generals told me this is called a "notorious alien tactic." Roar through all "roadblocks," Max. Do not let anything stop you or slow you from getting to me. I am counting for you.