Subj: AN OPEN LETTER TO THE BBB

Dear Sirs And Ma’dams Of The BBB Have To Tell You That A Musclebound Man Sold Me A Bad Car. His Name was Chad or Chet and he was very big, over 6.5 feet tall and had muscles all over and a white shirt on and he had both parts of a Best Friends two-part necklace because the best friend fell out of a train the day after one of the Space Shuttles exploded. he tugged on my heart while making me feel like a big shot until i bought the car which turned out to be bad so it is clear that he was not a Passionate Man like Yours Truly! 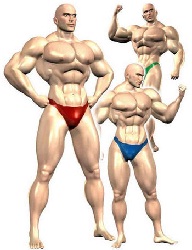 He told me “I Can Kick As High As Your Arm Pit Without Warning, Like a Viper... That’s Why They Call Me The Pit Viper” and then turned around to show me some big tattoo that i couldn’t see very because it was night time but i told him it was very scary anyway (looked like a open oyster with a pair of jeans in it but it was dark) and I was only there for the car which seemed like a great deal at the time. It was small and red had no back seat and the trunk door was missing but it was a pretty good car for my needs (Driving)

I said something like “Now Lets Get Back To Business” and he said “A Little Man Like You Can Be Twirled Up In A Hammock Like In The Movies If You Don’t Have Muscle Car Power...” and told me about the secrets the car holds such as how it was highly modified with a secret ripcord under the driver’s seat and he said it would make me feel like a cool man when women see what this baby can do. Naturally I am no doofus and purchased the automobile because I like secrets and not being wound up in a hammock by other cars on the road. 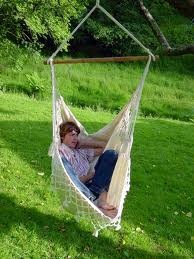 I gave the man the sum of several hundreds of dollars and drove off with it thinking I was King Car so I went and got some fast food for my fast car and ate it on the road. Later that afternoon I was still driving and i reached under the seat and felt something. It was the ripcord and it had a tag attached that said “The Trash Hatch” so i pulled it and heard a huge POP and the entire carpeted floor fell out of the car onto the road. My car was still moving at 70 mph and even though I was screaming the whole time the trash from the food all fell out so it technically worked, but I had to stop the car with emergency lights and run back down the road to get the floor to the car and reattach it with the metal clamps at night time and it took most of the night to figure it out with help from a nice but fragrant truck woman. I told her about how it happened and asked Would That Do It For You Downstairs If My Car’s Floor Fell Out So You Could Throw Your Trash Down Onto The Road While You Rode With Me? and she said No

Therefore I would like all of my money back and payment for the duffel bags full of clothes and toiletries I lost. Thank you for your time!!!!!!! Sincerely, DAD!!!!!!!!!!!!!!