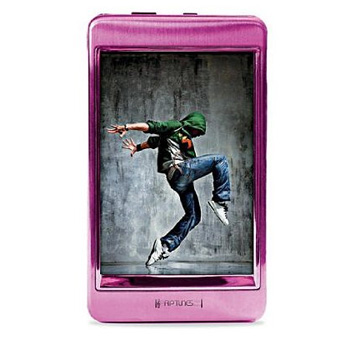 Miss Abigail Hardbuilt wanted to listen to music when she was on the toilet. It seemed like a sensible place to hear music. Most sounds she might hear in bathroom would be unwelcome. But the bathroom was without a plug, excluding the one that occasionally formed in the toilet. The console stereo was far too large to fit beside the toilet anyway. She might have brought in a battery-powered radio, except those did not always play the sort of music that Miss Abigail Hardbuilt preferred.

Fortunately, Sears sold the Riptunes MP2128P 8GB MP3 and video player. It was reasonably priced and reasonably constructed for an entirely reasonable person like Miss Abigail Hardbuilt. Unfortunately, before the package could arrive from Sears, Miss Abigail Hardbuilt, as well as two-thirds of her dog, became unstuck in time. She was sure to reappear at some point during World War II, but not in a fun way. Not in a killing Hitler sort of way.