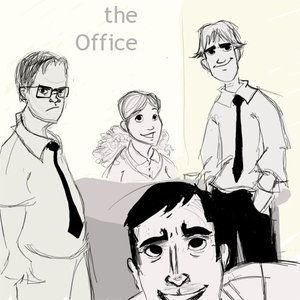 This was my cube the other day when I got back from vacation: 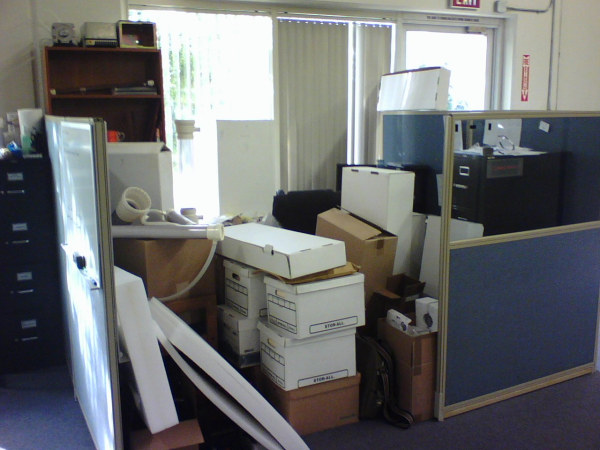 Oh yes, kitchens are rife with trickery and treachery. I would like to contribute one of my personal favorites to the ones mentioned above: changing the air in the walk in cooler.

One finds a new/young/naive victim, provides them with a trash bag and tells them to "Go change the air in the walk-in." This is usually met with stunned looks and questions. Simply explain that the air in the walk in has gotten stale and must be expelled (via the trash bag). The result is the poor sap flailing about in the cooler for about 20 minutes trying to capture the "stale" air in the trash bag and deposit it outside; all the while being mocked by the rest of the staff.

I made it look like I'd filled up my boss's office with styrofoam packing peanuts while he was on vacation. That is the only window to the room. I backed it with cardboard, so it's just a 2 inch thick layer of packing peanuts. 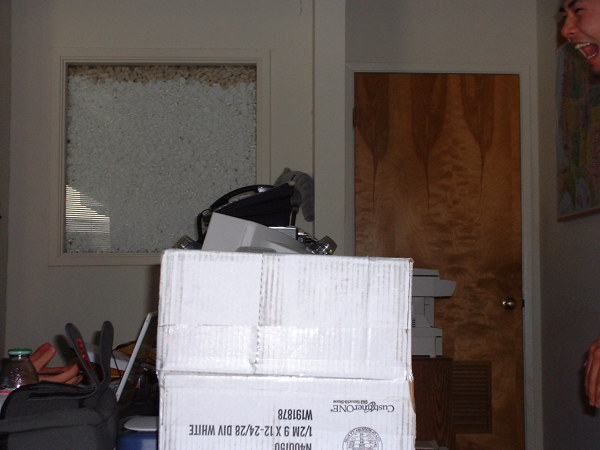 The guy in the corner is one of my co-workers laughing, not a screaming boss. Everybody but the boss (who didn't fall for it) thought it was funny. The boss just said you're "going to clean that up, right"?

I worked at Arby's during my junior and senior years of high school. While I was there, we had a promotion with NASCAR involving a fellow named Matt Kenseth and his Arby's car. One of the elements of the promotion was a life-size cardboard cut-out of Mr. Kenseth which was to stand near the counter and grin unnervingly at the customers.

Sometimes when we were bored we would put the cut-out behind the register and hide in the back when a customer came in.