EXPECTATIONS: I apparently missed the meeting where we all decided that Kevin Hart is someone we should care about, but the man apparently made some kind of Faustian pact wherein he sold his soul or Spider-Man's marriage or Chris Tucker or something to the devil in exchange for a movie every month until the end of time. (Or 2014.) That's the only reason I can think that this shrill, shrieking little man, the Black Dane Cook, is suddenly a Seth Rogen-level comedy lead. That said, director Steve Pink has made two perfectly adequate films, Accepted and Hot Tub Time Machine, and the film has a David Mamet play and a 1980s film to draw source material from. But one of those starred Jim Belushi, so we have a low bar to clear here, people. 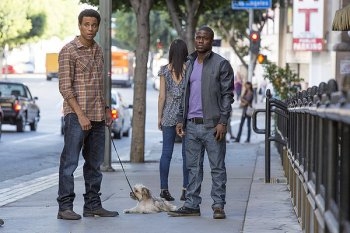 REALITY: Sometimes a bar can be so low that you manage to trip over it. When you have a film that's this clearly by-the-numbers, it feels like it has to have something unique or interesting to offer in order to justify its existence. I don't think that this movie even contains the words "unique" or "interesting."

Good-Looking Lead Man Danny (Michael Ealy) meets Good-Looking Lead Woman Debbie (Joy Bryant). Lead Man and Lead Woman spend an obnoxiously long amount of movie time in the Bedroom phase of the relationship, then an even longer amount of time in the Falling In Love, then just a stupid period of Break-Up, followed by a ridiculously rushed Recovery. And that's it. That's the movie. Nothing unusual or unexpected happens, and you have to wonder why there was any need for this in the first place. Meanwhile Loud and Obnoxious Comic Relief Friends Joan and Bernie (Regina Hall and Kevin Hart) screech and squawk in the background. When you think it's going to stop, it continues. There's nothing funny about Hall and Hart bickering and screwing, it's just incessant annoyance screaming over one another, an ouroboros of irritation.

I'm being hyperbolic here, the truth is that I would forgive the film of these sins if it weren't so mind-numbingly dull. There's just& nothing here, it's a slow crawl to nowhere. This is actually a massive disappointment, as the film starts off with some cute chemistry between Ealy and Bryant, and it initially looks like it might be at least fun, if not particularly novel. However, the problems arrive when the film tries to bring in the drama. The script doesn't allow us to care about these paper-thin characters, and there's not enough skill in these performers to pull off the non-issue conflicts that the movie tries to push. Essentially, about two-thirds through the movie Good-Looking Lead Man puts on a frowny face and declares "I'm not happy," while the rest of us all wonder "Why, exactly?" 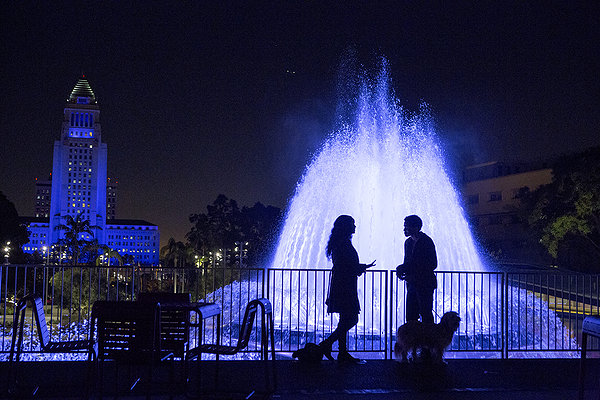 
In addition, the film randomly drops in production quality at bizarre points throughout. A scene will be going along at a normal rate, lighting and camerawork completely standard, then all of a sudden, the movie will look like a Telemundo soap opera being shot in a college bathroom. Or the sound editing will disappear, and the soundtrack or background noise will drown out the dialogue in a crucial scene. Technical details like this are nitpicky, sure, but when they fail, they fail in incredibly noticeable ways. It's just truly baffling, and what makes it worse is how often this film uses the annoying gimmick of cutting between conversations at different locations, so you actually get an instant comparison between professionally shot footage and embarassing amatuerness.

About Last Night is an absolute void of cinema. There's nothing here worth getting extremely upset over, and nothing good enough to compliment. In other words, it's a February film. In a month, this film will be forgotten by all who made the mistake of seeing it. Hell, it's already occupying the same space in my brain as the load of laundry I meant to do while writing this. When your movie is essentially a chore on the most literal and figurative of levels, you might as well not even bother.

MINORITY REPORT: 2014 might as well be a Kevin Hart of the Month calendar. There are still two more Kevin Hart films coming out this year, three films in which characters talk about Kevin Hart, and five films in which random background extras are replaced with CGI Kevin Harts, all digitally mo-capped by Andy Serkis. - Joseph "Jay Dub" Wade