EXPECTATIONS: Romance can be a difficult thing to sell to my particular demographic: the young male. I assume that a great deal of you reading this will be forced to watch One Day by your imaginary girlfriends. It may surprise you to learn, though, that I am something of a romantic at heart. An effective movie romance can be a great thing to root for. Such a shame, then, that One Day looks like the kind of aspirational twaddle I thought we'd all moved on from.

REALITY: I think we've broken a record. This may well be the earliest into a film's running time that I have developed such a seething hatred for it. Unlikeable characters are one thing - for a romance that's pretty much falling at the first hurdle - but, everything about this film feels outdated and misjudged. Not only is it a terrible film, but it is aimed squarely at terrible people. 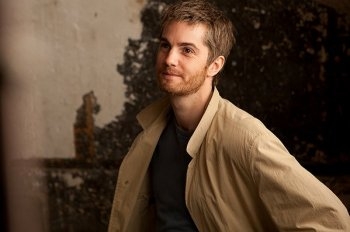 His eyes, like black pits!The film opens on July 15, 1988 with the hopelessly neurotic Emma (Anne Hathaway) meeting the roguishly handsome Dexter (Jim Sturgess) at their post-graduation celebration. Deciding to go to bed with each other, but not actually doing a sex, they become best friends who are secretly in love, which is something that only happens in movies. The film then takes us through the next 23 years, showing the paths of these two characters crossing on that exact same day every year until we can't take it anymore.

The biggest problem is that we hate these people so much. Not even just Emma and Dexter, but every single character in the film is such a loathsome, middle-class twat that you find yourself wishing misery and death upon everyone. The lead characters slip in and out of miserable relationships, get jobs as television presenters, lose jobs as television presenters, develop drug problems, lose family members, gain family members and eventually agree that it might be a good idea if they actually got together at some point.

The idea is to show us how much we grow and change over time, and how the most meaningful relationships are the ones that improve us in some way or another. Unfortunately, the gimmick they have employed to tell the story essentially removes a lot of the hard work they may otherwise have had to do. It's the antithesis of the "show, don't tell" approach to filmmaking. We learn of major events having occurred or that are about to occur, without having to go through the emotional experience of any of them. Some things that should introduce or alleviate tension are quickly glossed over, all because of this single-day restriction. Hell, one year is simply a scene of Anne Hathaway swimming. I guess the other guy just stayed in bed all day? If you can't come up with anything, you have my permission to skip a year, especially if it means getting to the end sooner. 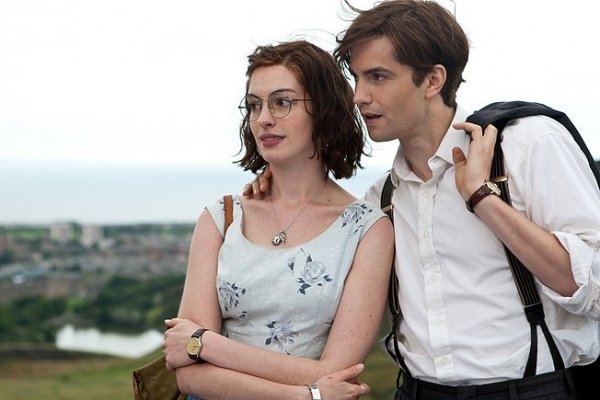 Rushing to the end isn't always a good idea though, when the ending is as mean-spirited as this. If you're upset by spoilers I suggest you skip the next couple paragraphs, because I am going to talk about the ending in depth. After years and years of self-imposed misery, Emma and Dexter finally get married and look set to have a happy ending. The film then tries a little sleight-of-hand, making you think that something bad will happen off-screen to the other character while Emma is riding home to meet him. Then a bin lorry runs her over and she dies. I describe this as "mean-spirited" because the only way it could have been handled any worse is if the director jumped out of the screen to personally yell "Fuck you!" at the audience.

It's not the fact that this happens that makes it problematic; if anything, we expect tragedy here. What makes it an issue is that it's presented in a way that makes a point at the audience's expense. The filmmakers clearly think the only way to complete Dexter's arc is to make him a widower and show that he really has changed, even if it means topping two acts of pure misery with a surprise helping of extreme misery. (If you ask people in the film industry, there's nothing more immediately romantic than a widower.) But this pivotal scene is staged so poorly that the aftermath is just as emotionally distant as any of the other milestones that happen off-screen.

You can look back now, we're free from the spoilers.

I want to finish by talking about Anne Hathaway's accent. Generally, the cast members acquit themselves quite well, even to such loathsome characters, but Hathaway just does not stand up to the rest, mostly because she has no idea which part of England her character is supposed to be from. I narrowed it down to South London via Guisborough with a stop-over in Australia and several years spent finding herself in California. If that's correct, then that's one hell of a well-researched dialect, but I suspect that was not the intention. Perhaps this accent is accurate to the alternate universe in which this film takes place: a world where everyone is despicable, posh, self-obsessed and very, very white.

MINORITY REPORT: Richard Linklater made this exact same movie twice, and yet we loved his characters just as much the second time as we did the first. That alone is proof that this kind of movie can work, but when a film hates its characters as thoroughly as this one does, it's somehow not as romantic. - Joseph "Jay Dub" Wade