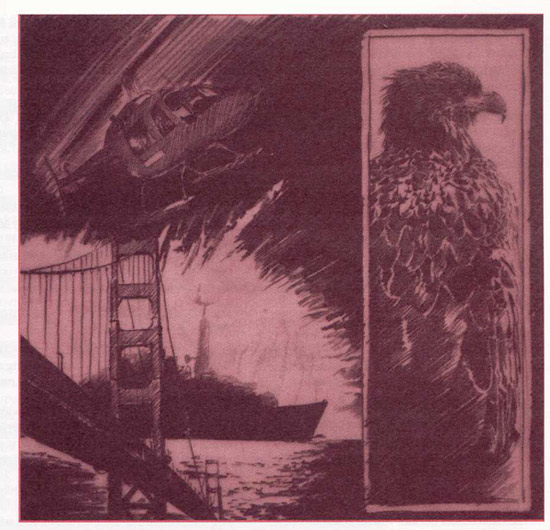 Steve: I think I remember this movie. Remo Williams?

Zack: Do you mean Remo Williams: The Adventure Begins, the film that tried to turn character actor Fred Ward into the star of an action movie franchise?

Steve: Yeah, it had a helicopter and the Golden Gate Bridge. Was there a falcon?

Zack: So it's pretty reasonable to assume a falcon was involved somewhere.

Steve: I think he could turn into a falcon.

Zack: He was a secret agent, not a shape shifter.

Steve: Uh, I think the serious psychological game of horror Kult has established a secret agent can also be a shape shifter.

Zack: As a Swedish teen, this revelation will probably make me murder my friends.