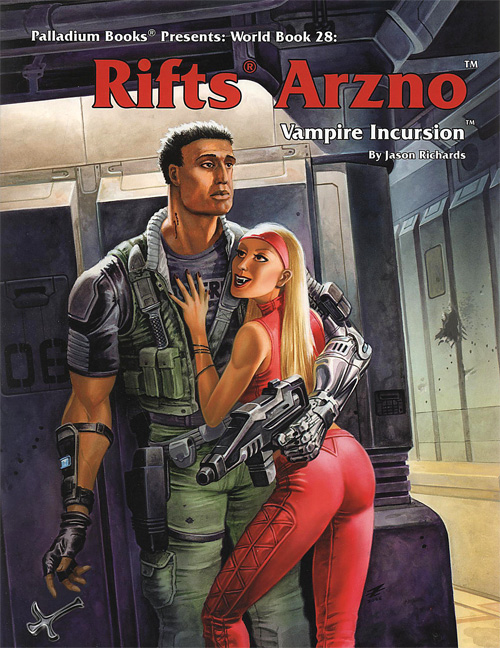 Steve: This is a good one because even though it doesn't have a lot of action it has a lot of implied action plus sex appeal.

Zack: I like this one. There aren't enough depictions of cybernetic Latinos.

Steve: You can tell there was some sort of gun fight going on and in then this hot vampire babe zooms in and totally chows down on this dude and he is under her hypnotic command.