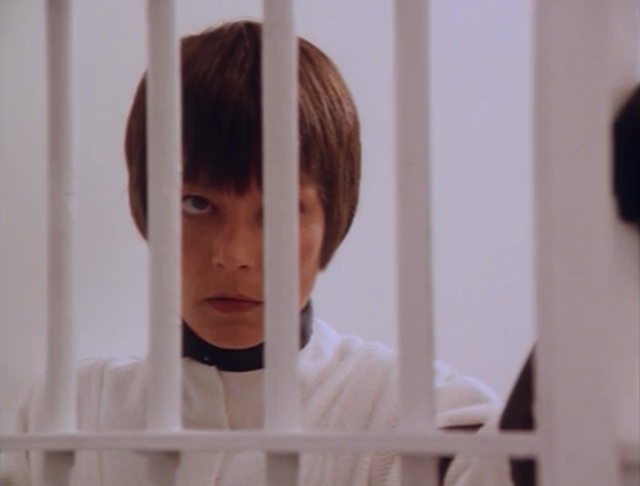 Again, this is 80s sci-fi so obviously we also need to have some kind of really stupid POV effect to show off - this time it's what we can only describe as Womanvision - a migraine-inducing blurry mosaic of garbled 8-bit eye-diarrhea that makes it harder to see anything than actual blindness; no wonder those silly kid-havers are so bad at sports/thinking for themselves/not getting sexually harassed in the workplace! It's just a shame that the TV pilot budget didn't allow for their full glorious vision of Womanvision to make it in, which undoubtedly would've involved an infrared heads-up tactical display that activates whenever she goes into a department store, or a picture-in-picture plugin that shows cooking videos and "50 Ways to Please Your Man" rss-slideshows 24 hours a day.

By the way, usually when your pilot fails miserably to get picked up and everybody you shop it around to keeps laughing you out of their screening rooms it's a pretty good indication that a) no one will ever want to watch that shit and b) you should probably take it as a mulligan/throw the original negatives in a fire before blasting their ashes into the endless sterile void of space never to be mentioned again. Otherwise you'll probably end up with your name stamped on scenes like this:

DON'T EVER FUCKING INTERRUPT ME WHILE I'M MONOLOGUING - note how artfully Proctor's double-barreled hatred for automatons and things resembling women dovetail in this scene - and with that smugness cherry on top? That's just damn good television, especially since aside from its own existence none of it seems to have any connection to anything else in the story.

Meanwhile, noticeably more socially mobile supervillain Hawkins (aka "Black Widow") busts out of the hoosegow by reprogramming the guardbot with a prop obviously snatched out of the dumpster behind the Ghost Busters set and blasting off in a jetpack like some kind of rejected Austin Powers gag, then steals "the national security code"/master key password to all the computers everywhere ever, like some kind of even stupider Austin Powers gag. Oh, but most of them have changed their passwords, except not the LAPD, because their useless lazy buttfingers are too busy reaching for pastries/truncheons to hit minorities with or whatever it is they do.

So long story short, Hawkins hijacks a bunch of extremely flammable police toy RC choppers and smashes them into stuff for a while, then gets bored and starts threatening to blow up Hollywood with some kind of mysterious voodoo computer sorcery and yadda yadda yadda. We just sort of spaced out after a while and started trying to guess the instant rule-the-world cheatcode password; no luck so far but we know for sure it's not any of these:

Anyway, all of this somehow manages to come to a head in the form of a dramatic Tricycle Chase (because everybody knows that tricycles are both way cooler and more advanced than stupid cars/bikes/giant dogs with saddles and proper high speed chases only take place in the LA river culvert). Some mind-blowing superhuman hacking skills and a couple random explosions and screens full of gibberish later, the movie naturally ends when their attempts to DDoS the doomsday computer countdown fail and Uncle Phil springs into action, hurling Jazzy Jeff through the computer console with all of his grizzly might, frying him like a flattopped neon porkchop and saving America 2.0 for another day. 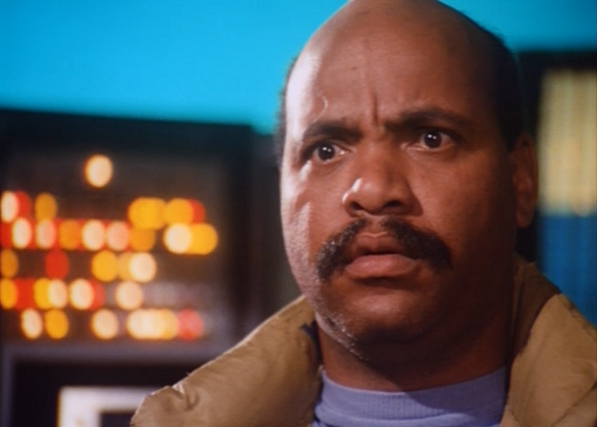 Everyone cheers and climbs onto Uncle Phil's back as he turns his mouth groundward with a mischievous grin, his jaw and face suddenly peeling back to reveal the enormous, world-eating mandibles of his true form as his head begins to spin freely on its previously concealed and unfathomably complex mechanical assembly, accelerating in short order to speeds easily in excess of 5-6 million RPMs and bowing emphatically toward the earth's crust as though to swallow it whole.

Later, after what feels like weeks of clutching to the ample dorsum of their titanic companion as he worms and gnashes his way through mile after endless aphotic mile of smoldering silicate rock like so many tubfuls of molten fudge, the gang arrives at last, weary and anemic, at the antechamber to the center of the earth itself, each one of them now contemplating in silent, uneasy communion - what horrors lie ahead?