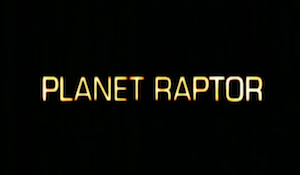 Overview: "I mean, sure, Jurassic Park was good, but what if we took that concept, removed all the plot, and just tossed a bunch of velociraptors into an empty renfaire instead? Wait...wait...it's an empty renfaire planet, and we throw in some space marines. Perfect."

The Case Against: It's a sequel to Raptor fucking Island, which is like making a sequel to cholera or nails on a chalkboard: nobody wants it, nobody asked for it, and by releasing it you've actively made the world a worse place. 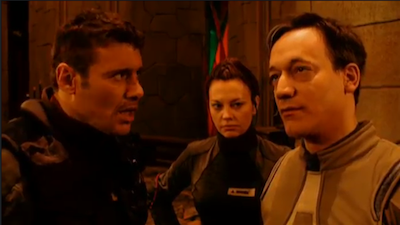 We're 110% sure that Planet Raptor was pitched as "the Aliens to Raptor Island's Alien", upping the stakes with a deep space marine corps oorah shoot-em-up. Never mind that Raptor Island already consisted of a bunch of military types running around an isolated area and alternatively shooting at and being messily eaten by shitty CGI velociraptors - it's not like anyone has actually seen Raptor Island to call you out on that. Even we haven't seen it, and we never will since our predecessor already took that cinematic bullet for us. Anyway, Aliens but with dinos, and instead of Ripley we get...Pappy:

Among the many, many problems with even mentioning Aliens in the same sentence as Planet Raptor is that the ambience in this movie is just slightly lacking compared to a nightmarish H.R. Giger techno-biological labyrinth of underground tunnels. In fact, "confusing" would be a better description, since all of the raptor-hunting action takes place in a poorly-made renfaire and King Arthur's dilapidated summer home. Don't worry, though, it's all explained when we learn that King Arthur is actually Time Bin Laden, and he's been breeding raptors in the future to send them back to assassinate key historical figures in order to make way for the glorious hyper-fascist rule of Neo-Camelot-X.

Okay, okay, the real reason for the space renfaire is that the planet was inhabited by alien squidbugs who watched too much Earthling TV - from the looks of things, specifically Xena: Warrior Princess. Then the bug aliens somehow arrived at the even worse idea of breeding velociraptors as "worker animals and pets", which immediately makes us try to picture combinations like "lap raptor" or "pack raptor" or "dairy raptor". The downside is that the entire alien civilization was immediately wiped out by roving hordes of raptors, but you can't judge them unless you've tasted the culinary bliss that is cave-aged raptor cheese.