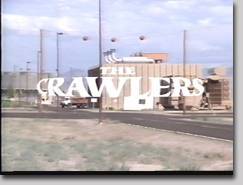 Overview: Why don't you just spike your Mr. Pibb with nightshade and end it all now? I don't think I've ever muttered as many profanities as I did while gazing in horror at this terrible demonstration of pure concentrated hatred and filth.

The Case For: The movie eventually ends.

The Case Against: It doesn't end nearly fast enough. 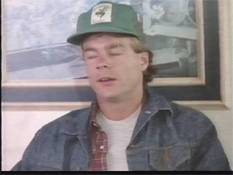 One of the many white trash heroes of the film. Yes, I want to see him die too.

Yes Charlotte, there is a "Troll 3." Now be a good girl and make sure the chamber has at least one bullet left for each of us.

Folks, I am as shocked as you are. I, like many other sentient creatures out there, assumed the "Troll" cash-cow franchise had been effectively killed following the release of the abominable "Troll 2", which goes into the Something Awful Hall of Fame for being one of the worst forms of "entertainment" ever produced in the history of mankind. This includes ALL forms of media, ranging from 4th grade Civil War Reenactments to ESPN57's televised coverage of Extreme Backgammon featuring John Walsh. To briefly sum up how godawful "Troll 2" was without resorting to colorful profanities and death threats, let me simply put it this way:

There was not a single fucking troll in the entire movie.

Okay, I slipped up and degraded into using profanities, but I can't really be blamed here. "Troll 2" was simply the epitome of crap. I've seen McDonalds receipts that had a higher production value. Vaudeville-inspired actors wander cluelessly around sets, performing random actions that make absolutely no sense and do nothing to further the plot along. Eventually the director realizes he's running short on film and his canine lover will kill him if he comes home late again, so they wrap up the plot by using lots of papier-mâché rocks, fog machines, and special effects provided by the local special ed class. Cut, wrap, the end, ship off to the production firm and lay low for a few years while the heat blows over. I would've never imagined in my wildest nightmares that another sequel would follow. It's simply unbelievable, like ION Storm planning to release not only Daikatana 2, but Daikatana 3 as well. Who in their right mind would spend their spare time and effort creating such a hideous monstrosity of wasted lies? I'll tell you who: Fabrizio Laurenti, that's who!

Picking up where "Troll 2" left off, which was ABSOLUTELY NOWHERE, "Troll 3" takes us back to the magical town of Nilbog, inexplicably referred to as "Smallsville" in this movie. In addition, the movie is also referred to as "The Crawlers" because despite all the misfiring neurons which caused Laurenti to create this abomination in the first place, he had enough sense to eventually rename it and break free from the chain of failure that defined the "Troll" line of preprocessed film substitutes.

To get on with the story, "Troll 3 / The Crawlers / The Last Movie You Will See Before Deciding to Obliterate All Humanity" begins by following a large bus around the highway. One of director Fabrizio Laurenti's trademarks is beginning a film with a long, boring, pointless string of scenes. Oddly enough, that's the same formula he uses for the middle and end of his movies, so at least he earns a couple kicks to the skull for consistency. As the bus pulls towards a redneck gas station alongside the road, the backstory is cleverly revealed through a dramatic exchange of lines which would put William Burroughs to shame:

White Trash Skank #1: (talking to woman she's never met before) "I'm going to visit my boyfriend. I haven't seen him in months. I can't wait. Do you have a boyfriend?"

Laurenti just says "fuck it, let's get to the MOVIE!" and he digs right in! We are immediately aware of one of the character's motives, backstory, and her future goals. I can just imagine what "The Crying Game" would be like if Laurenti directed it:

Feminine Man: "I am really a man disguised as a woman. As proof, please gaze upon my penis."