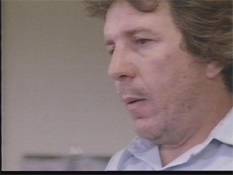 Yes, the chubby alcoholic scientist will save the day. Just give him a second to "freshen up" in the restroom.Suzie flees from the Irish / Spanish / Croatian guy who is now apparently German, and she is promptly killed by some evil vines of death. Yes, much like in its predecessor "Troll 2", the bad guys of this film aren't trolls; there aren't any fucking trolls anywhere in this movie. You know what? I'm going to make a movie called "Giant Robots That Blow Up Cities" and it's going to be a romantic comedy with absolutely NO giant robots! I'll get Fabrizio Laurenti to direct! Then I'll run out and see how far I can push a filthy hypodermic syringe under my fingernail until it hits bone!

With one of the two female characters out of the way, temporarily silencing the voices in Laurenti's head demanding he exact revenge on all women for the time he had Hawaiian punch poured into his pants by his high school prom date, the movie goes back to focus on Josie and her idiot brother. They're sitting in his room, staring over his leaf collection (yes, he has a damn leaf collection) and yammering on about nothing in particular. It's a fairly uneventful scene except for the fact that THERE'S AN EVIL HELLISH PUPPET DUMMY THAT LOOKS DOWN JOSIE'S BREASTS! This was about the scariest thing in the film, and considering it was 100% unintentional, it really is a testament to how fucking lousy this movie is.

Following the scariest scene in the movie comes the most disgusting scene in the movie, one which features the fleshy scientist laying in bed with a disease-riddled hooker. If you thought the drunk moron was awful to begin with, wait until you see him sitting around in his soiled underwear. It's like staring at a rotting potato with hair. The scientist makes a remarkable and vague discovery, causing the old gas station guy's dog to be killed by the demonic vines. These two events aren't necessarily related, but I'm tired of presenting this movie as it runs: a series of disjointed, boring, pointless events which don't flow together at all.

The grotesque scientist returns to work the next day and uses the vague information he discovered the night before to make vague calculations on a DOS prompt. His advanced computer knowledge gives the movie a real "high tech" feel, like that one episode of Family Ties where Alex buys a graphical calculator. 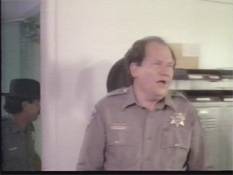 With this lump of flesh on the case, it's only a matter of time until every crime everywhere is solved.

Josie and her dumb-as-a-stump boyfriend Matt wander into the woods to frolic like mental patients when they suddenly discover Suzie's mangled body. They immediately run to the sheriff, who was apparently busy NOT acting, and tell him about the corpse in the woods. The sheriff of Nilbog / Smallsville is the uber-stereotype of EVERY single law enforcement character in every sub-B grade movie. He hates everybody, thinks anybody under the age of 200 is lying to him, and has the IQ of a Denny's entree. He immediately accuses the kids of "snorting something" and doubts their story like any good police officer would do. They finally manage to drag his fat ass into the woods, and of course the body is missing. The sheriff proceeds to go on a tirade, saying such fabulous quotes as, "Ahhhhhhhh, you kids! You kids get my goat! I remember both of you from high school! Troublemakers!" Matt tries to stick up for them by replying, "but we're not in high school anymore!" to which the sheriff cleverly replies, "Well maybe you should be! Ahhhhhhhhh!" Folks, you can't write dialogue like this. I think it's illegal.

Back to the unnamed evil company. The evil businessman and the evil scientist are standing over the dead Suzie's body while the evil scientist reveals that the corpse is "soaked with radioactivity, as if she swam in a pool of uranium"... yet they continue to nonchalantly converse about it while wearing absolutely no protective clothing and just hanging out next to the body! I guess radioactivity is a sexually communicable disease in Nilbog, like whatever virus the director had to make him so addled and incompetent. The evil businessman orders a couple hired goons who look like retarded Blues Brothers senior citizens to hunt down and kill the drunk, fat, blobby scientist. They engage in a car chase at speeds UP TO 35 miles an hour, even faster when they're going downhill. Suddenly, out of absolutely nowhere, it's nighttime and pitch black. The old guy who runs the gas station goes out to find his dog and is immediately crushed by the demon vines. I guess they didn't want to accept his AARP membership card after all.

Now it's daytime again (?) and the two goons are still chasing after the scientist. Their vehicles obviously get exceptional fuel mileage. The monotony of their slow-speed car chase is broken up with the following genius dialogue:

Now it's nighttime AGAIN. Don't ask me, I have no idea either. The elderly goons are chasing the drunk scientist through the woods, and of course they're killed by the weeds of poetic justice and death. I guess the scientist escapes or maybe he's in cahoots with the plants, I don't know. He eventually shows up in the police station where he's promptly apprehended by Officer Flab and tossed into the ol' hoosegow. As an incredible plot twist, it turns out the sheriff is on the payroll of Mr. Evil Businessman! Wow! Who wouldda' seen that coming? Certainly not me, but that's just because I'm really, really stupid and deserve death!