Now that they know of Tommy and Bobby's plan of profiting from moral decay, Alec and Shanna quickly narc on them to their teacher who was previously so interested in hearing what they did over the summer. Meanwhile, Tommy and Bobby are doing some work of their own: 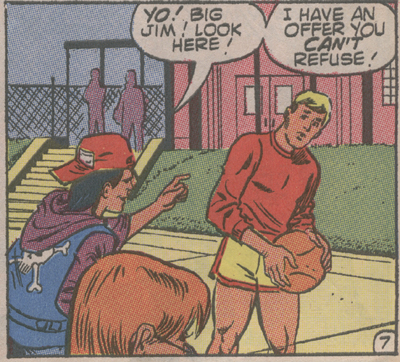 Unfortunately, Tommy and Bobby have mistaken Big Jim, a 35 year-old retarded man who the state let into the 8th grade, as a popular student. But a customer is a customer. The next day, the school decides to set up a drug hotline to combat the new problem, and Shanna is elected to head up the program. 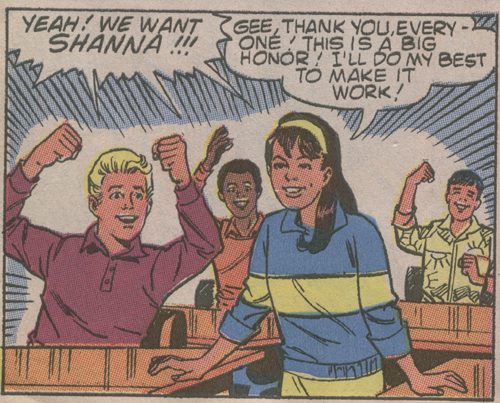 And once again, we can see the cracks in Alec's facade. 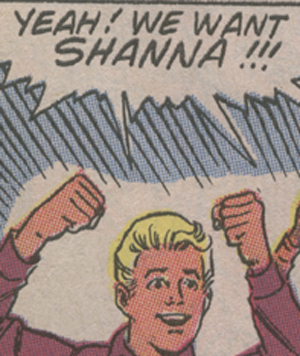 While Tommy and Bobby plot to take down the drug hotline, Alec is so enthusiastic that he can't wait to get home. The reason? 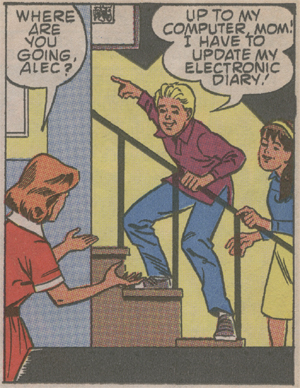 He's a winner, and I bet Shanna can't wait to go up to his room and watch him type on his crappy computer from Radio Shack (yes, Radio Shack was promoting their products with a little boy who has a diary). That's a way better idea than making out with Big Jim under the bleachers. After all, being molested by a giant with Down's Syndrome is far less humiliating than trying to enjoy a Radio Shack product.

Up next is where the blatant Tandy-pushing comes into play:

That's right, kids. Tandy can help you with all of your drug stings and- Wait, does Alec have a poster of Jughead on his wall? He idolizes Jughead? Now it's all starting to make sense. His hatred of Bobby and Tommy is just a ruse to cover up his own depraved wishes to live naked, wrapped in dirty bedsheets and eating hamburgers all day.

Not only is Alec Tandy-crazy, his parents also know the benefits of owning a computer from Radio Shack! 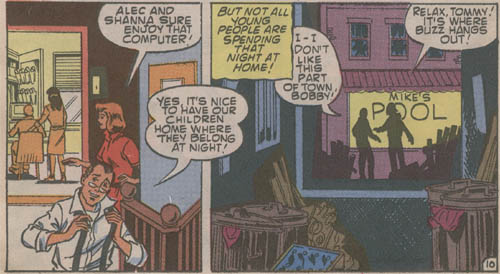 Clearly, there is a sharp distinction between those who own a Tandy and those who don't. Of course, most people who once owned a Tandy are now homeless and filtering pure grain alcohol through a soiled pair of underwear in dark alleys.

Also, Alec's dad looks very drunk. In fact, he's so drunk that he thinks Shanna is his child.