Due or Die. Choose Your Own Adventure for the College Freshman

Some blood is coming out of her head, but she is poor, and someone once told you that they fake this kind of shit all the time for insurance, so you ignore her and walk past.

Instead of going to get beer and changing back at your apartment, you just go to the party instead.

You follow the sounds of distant base beats, and your ears eventually lead you to the party. There are girls everywhere. They are drunk. You privately fist pump. The keg's almost empty already, and your cup is mostly foam, but it doesn't matter cause the beers and the car crash from earlier have you pretty buzzed. 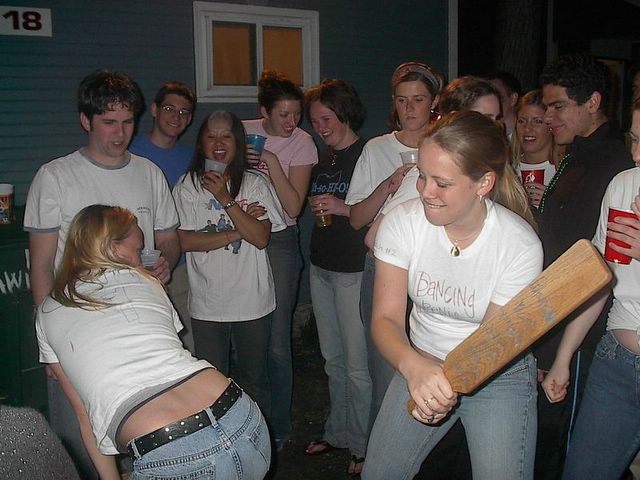 Yeaaaaah... SkanksYou walk around, squeezing through groups of people so you can rub up on some distracted girl, and try to get some numbers, but for whatever reason, the ladies aren't even noticing you. Why? Cause they're bitches, obviously, and bitches aren't chill. But the ones that do notice you make grossed out faces. You go check in the bathroom mirror for blood or something from the accident, but nothing. No, the only thing wrong with you is that you aren't dressed up. Wait, you think, are these people so conformist and embedded in a consumerist society that they cannot consider another being human unless they are wearing similar clothes? Then you have a seizure.

When you come to, you can't remember how you got in the bathroom or why your beer is mostly foam. A girl is in the bathroom with you now. She is trying to pee and vomit at the same time. Mixed results. She's trashed.

Find Zoey, the one girl in the sorority that you know

Talk to the puke/piss chick