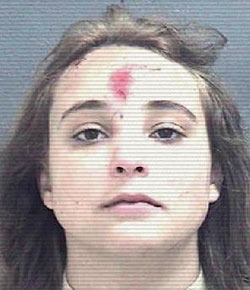 Minister Granite's Comments: Our Fugitive Update for the week centers on the case of Jason and Kelly Tower. This brother and sister duo were caught violating quarantine at the Ohio-2 area bleed and were pursued by members of the Ohio "Bluejacket" Irregulars. They escaped into the depths of the area bleed and were believed dead. Their parents are both serving 10-year Moral Threat sentences at Labor of Love Work Camp in Missouri. But the Tower siblings were not dead, they turned up months later in Pennsylvania, poking around a major area bleed with a crew of unknown agents.

In addition to their flagrant violations of Federal containment zones and laws, the Towers have been involved in publishing and deceminating treasonous material with ridiculous claims about the Holy Host and the Federal Government.

Kelly was captured at a youth music club handing out pamphlets to impressionable teens containing mroe slander and lies about our government. After a brief altercation with responding warden, Kelly was taken to the CItadel for questioning and accusation. She stands accused of serious crimes and the Minister of Prosecution plans to seek the death penalty. If convicted, Kelly (age 16) will be the 9th child executed as an adult this year. 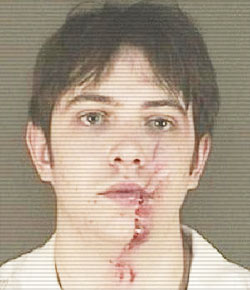 Minister Granite's Comments: Kelly's older brother was apprehended based on documents obtained from Kelly Tower. He was found, unarmed, but unwilling to surrender, at a motel in Virginia. He was eventually persuaded to accompany wardens to the Citadel for further questioning and accusation. Jason Tower is an adult and is subject to full prosecutorial options for adult interrogation techniques.

Jason and his sister will be tried back to back on the 21st in a live justice special.