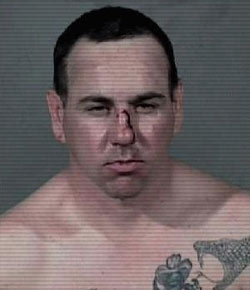 Minister Granite's Comments: Poor Alex Kennwit thought he could come all the way from Merry Old England and help out his Unfolder-loving pals in Canada. Too bad for him our vigilant forces along our hostile northern border were prepared. Alex was working with Bourdages, some sort of limey electronics expert with military training.

There were a few others like him with Bourdages' group, but Alex was the only one lucky (unlucky) enough to survive the capture. Despite his military training he was totally unprepared for exposure to a True Angel of God. He immediately confessed his sins, his misdeeds, and implicated his co-conspirators. A merciful execution was performed by flooding his holding cell with carbon dioxide. 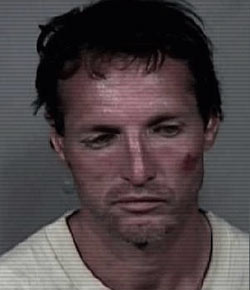 Minister Granite's Comments: According to DNA records, Danny Wilder was a natural born citizen and a long-time containment broadcast specialist in Ohio-6. His family (wife, two daughters, son, and mother) all disappeared about a year ago. He was believed dead from Unfolder attack, so imagine our surprise when he and his wife and eldest daughter turned up among Bourdages and his crew. Mrs. Wilder and Dan's daughter were killed in the battle for the broadcast station, tragically brainwashed by Canadian propaganda to the point that they willingly gave up their lives in a suicide attack.

Danny didn't break down easily, but he eventually fingered Bourdages as the leader. As a reward for his candor, Wilder was allowed to pick his method of execution. Imagine our surprise and joy when he chose mechanical disembowelment! Not for the kids, but definitely worth the watch. My favorite of the night.