EXPECTATIONS: A quick Google search informs me that The Song is inspired by the Song of Solomon, which as I recall is one of the most sexual books of the Bible. I don't know what my expectations are here, exactly, but there had better be debauchery.

REALITY: The tagline for this nauseating affair is "even the wisest of men was a fool for love." The wisest of men is clearly a reference to King Solomon, who was certainly a fool for love in light of his 700 wives and 300 concubines. Motherfucker just couldn't stop falling in love. The protagonist of The Song doesn't have quite a thousand women in his life, and let's all thank our respective deities for that, because his crumbling marriage with one wife holds together only slightly better than the plot of this film. 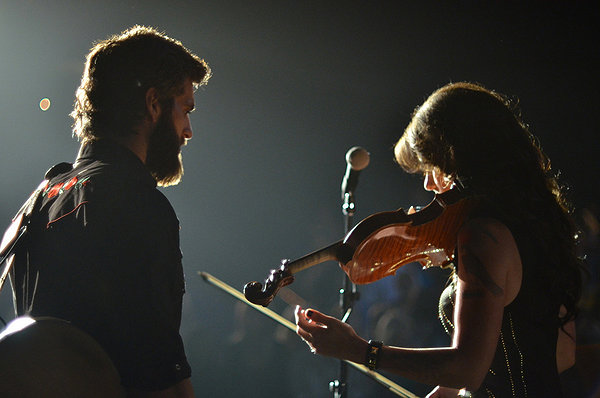 Yeah, baby. Play that fiddle. That's right, just like that...

Jed King (Alan Powell) is the son of David King, a relatively successful musician, who, in a short montage at the beginning of the film, bangs somebody's else's wife. The husband of that wife hangs himself when he finds out (I'm not making this up, he killed himself over this), so she marries David King and from that springs Jed. Jed grows up IN THE SHADOW OF A KING (the trailer says that, seriously) and ends up a lonely, single musician with no hit songs. Then he meets Rose Jordan (Ali Faulkner), who reveals her last boyfriend dumped her because she wouldn't have sex with him. Rather than respecting that different people want different things out of relationships, Jed mocks her ex-boyfriend publically, and blah blah blah they eventually get married. Once married, his loss of virginity beautiful wife inspires him to write The Song, which makes him monster famous, and causes him to go on tour with a SINFUL TEMPTRESS named Shelby Bale (Caitlin Nicol-Thomas), leading to strain on his marriage.

So. Boy meets Girl 1, he publicly and excessively shames her ex-boyfriend, they get married. Boy has sex and writes hit song! Boy meets Girl 2, he gets into drugs, tattoos, and cheating on his wife. Girl 1 finds out, threatens to divorce Boy, but Boy remembers she likes a song and Girl 1 takes him back. Who cares what happens to Girl 2 in the end? She's a sinner and we're not supposed to care about her beyond her temptation to Boy. It's well-shot, well-directed, decently acted, but it can't rise above the confines of its script to have a more general appeal. This movie is here to reinforce your worldview. If it does, you get the echo chamber you paid to stand in. If it doesn't, though, it's a mediocre marital drama that condescends to anyone not of the faith ("I'm spiritual." "Pft, isn't everyone?") with decently catchy little tunes. 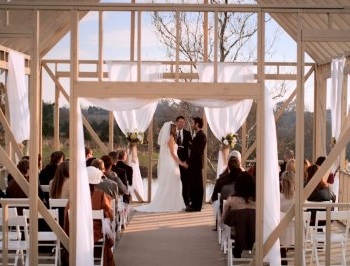 Marriage is an unfinished house, drafty and full of sawdust.There's only two kinds of women in the world of The Song: the sweet virginal kind that save themselves for marriage and then don't really feel like having sex with you when you come home from tour, and the non-religious kind who want to tempt you into a life of sex, drugs, and folky music. So they're busy folking while good wife is at home with the kids. The shame here is that while the actors and directors do a pretty decent job humanizing both of these women, the script insists they play their roles as two-dimensional cardboard cutouts of the sweet, moral wife who doesn't feel like having sex and the sinful whore who will bang anybody, especially a married man. If you think I'm exaggerating, allow me to point out that the movie makes a point of establishing that Rose is a virgin, and then actually, in the script, literally calls Shelby a whore. More than once.

All of the problems with this film stem from its persistent bias. Women who are good Christians are the wives you should want and should have. Women who are not are probably vile sinners that you should be wary of, like Eve and the apple of the tree of knowledge (the knowledge in this case being "maybe tattoos aren't that bad"). This is a world where a grown woman in her twenties eavesdrops anxiously outside a door while a dude asks her father for permission to take her out on a date. Despite its insistence that sex is only for people in a loving, godly marriage, this movie kind of treats sex as a commodity rather than a behavior: sex is only morally permissible if it's had in very specific circumstances with specific kinds of people, and if a man can't get it at home, he'll get it elsewhere, like Shelby the Whore. Overall, Shelby the Whore is pretty likable; she's cute, talented, and loves to perform with Jed, but by the end of the movie we're supposed to believe she falls into drug addiction and her life falls into shambles because that's just what happens to sinful people, I guess? Sure, she fell in love with a married dude, but that doesn't make her evil incarnate. The movie just wants you to think it does. All of this just makes these characters feel wooden and two-dimensional.

Jed himself starts out as an earnest and very religious fellow, but finds himself tempted into sin because the movie wouldn't happen if he wasn't. There's no reason to realistically believe that the Jed we meet at the beginning of the movie has this fall from grace, culminating in him getting a tattoo (that sweet inky sign of sin!) Really, if Jed and Rose just sat down and had an actual discussion like adults they could solve all of their problems, which frankly would have been a more interesting film than having Jed morph into an empty and unlikable asshole as he drones about "everything under the sun" and "chasing the wind" in voiceovers. Rose and Jed work out their marriage through screaming fights and forgiveness solicited by trite musical performances, rather than actually sitting down and talking. The resolution of the film feels grossly contrived as a result, and chances are good you've checked the fuck out by the time you reach that point. If all you want is catchy folk music, you can get your fill from YouTube and save yourself eight bucks in the process.

MINORITY REPORT: Isn't it a bit on the nose for a Christian film to name a character David King? I mean, you can literally just pick a random page out of The Bible and throw names together, but that one in particular seems pretty lazy. Bartholomew Goshen. Matthias Abrahamson. John Paul Jesus. See, it's not that hard. -Joseph "Technicolor Dreamboat" Wade