Everyone wants to be an oracle. There's nothing sweeter than the sound of your lips forming the words, "I told you so." Therefore, it's tempting to foretell the downfall of computer-generated animated features, to draw comparisons between the glut of mediocre animated films in 2013 with the nigh-Biblical deluge of shit that collapsed America's traditional animation industry. However, I cannot help but feel that though I could concoct a convincing argument, it would probably be absolute bullshit. See, unlike The Princess and the Goblin (1991), Happily Ever After (1993), Swan Princess (1994), Thumbelina (1994), Anastasia (1997), Quest for Camelot (1998), and related turds even I can hardly differentiate, even the "B-team" studios are putting out digestibly competent films on modest budgets and we, the audience, keep going to them. Unlike the mid-1990s, Disney Co. has legitimate competition. 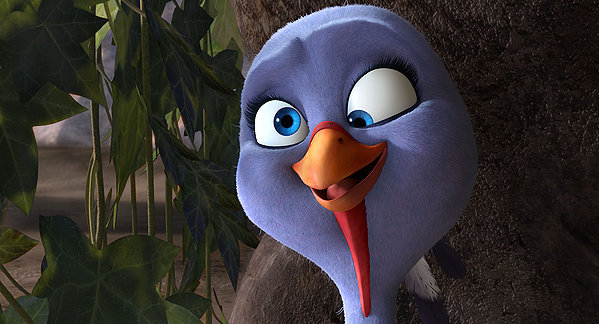 
Dreamworks is often billed as Pixar's remora, a reputation that was unfair at the time of their premiere computer-animated films, Antz (1998) and Shrek (2001), but which became progressively more deserved up to its 2007 nadir with the colon-perforatingly torturous Bee Movie. Thanks to Kung Fu Panda's success the following year, Dreamworks rediscovered that good films also make money and, you know, that might be a good way to go. Either way, they've been on an upswing since. Kung Fu Panda, How to Train Your Dragon, The Croods-these are excellent films. Of course they also released Turbo this year, which is good for a film about a NASCAR snail, but not good for a movie that is not about a NASCAR snail. It underperformed, even for a movie-let me reiterate this-with the premise "snail goes fast".

Blue Sky Studios bumbled onto the scene with Ice Age in 2002, and have reliably crapped out sequels ever since (a fifth is planned for 2015). Their other works, such as Robots (2005), Rio (2011), and Epic (2013) are so similarly without substance that their blu rays automatically vacuum-pack. Sony Animation, meanwhile, opened in 2006 with the weak and forgettable Open Season, a modest financial success. Now they're creating some of the most technically adept animated films, such as Hotel Transylvania (if only the plot could catch up and Adam Sandler be shot). This year, they released Cloudy with a Chance of Meatballs 2-a solid thumbs-up-and will be releasing The Lego Movie next year. 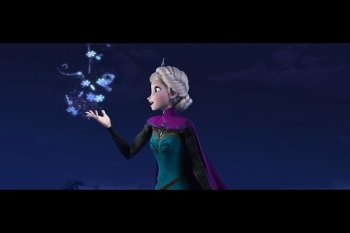 Beautiful.There were a few pleasant surprises this year. Escape from Planet Earth is a magical journey where you sit down and are swiftly transported around 90 minutes into the future without your awareness or consent. You emerge... the same person, unaffected. That doesn't seem like a ringing endorsement, but this is from Rainmaker Entertainment, previously responsible for those crusty-looking Barbie films you see little girls holding in the checkout lines while their dead-eyed dads stare off into space. Reel FX Studios debuted its first animated offering, Free Birds, which is a thing you can forgive letting happen to you. I should note an exception in Crest Animation Production's Alpha and Omega 2: A Howl-iday Adventure, a sequel to the original furry-bait Alpha and Omega (2010), which gives a new meaning to "dire wolves".

DisneyToon, the Disney derivative responsible for a smattering of prior-film-debasing sequels (Mulan II, Hunchback of Notre Dame II, and Little Mermaid II being particular offenders), were finally granted a wide and well-merchandised release with Planes. This isn't unprecedented--they've had theater releases in the past, a couple even warranted, such as A Goofy Movie (1995), Bambi II (2006), and Tinker Bell (2008). Planes sucked garbage, but it accomplished its goal of undermining Dreamworks' Turbo. In fact, the story behind Disney's endeavor to hamstring a movie about hasty snails with a cut-rate flick about racist airplanes is far more interesting than either film.

This leaves Disney and Pixar, the traditional "gold standard" of animated family entertainment. Pixar presented their prequel to Monsters Inc., 12 years after the original. Well, I can safely assure you that Monsters University continues the tradition of being finely-crafted and enjoyable, if not up to the lofty, nostalgia-induced fever dream version that apparently some people were expecting from a premise like "fluffy people go to college". Meanwhile, Walt Disney Animation Studios' Frozen is a cut above, and by that I mean a cut above everything else that came out this year. Frozen has the "Disney magic" that is usually associated with risk-free storytelling, only, you know, it brazenly kicks every Disney cliché to the curb. It's the only Disney movie in memory where the notion of a "spoiler" has significance. It's hard to preach prudence, much less to make it fun.

All of these films exceeded their budgets, except for Free Birds, which was within two million. Yeah, even Epic made a quarter-billion, despite having a meaningless name stapled to a non-entity of a film. Hell, Despicable Me 2 made almost a billion dollars, which is far more than it deserved.

So what's the deal? How can this bloated field not have collapsed? Aren't there just too many animated films for our fancy new microwallets to support? If you'd told me the kind of roster we'd see by 2013 back in, say, 2004 I'd have cried, "Unsustainable! Unsustainable!" Only... it hasn't shaken out that way. I have a few theories why. First, the "international box office". Ha ha! Gotcha! That's not actually an answer. It's just a thing people say when they assume Transformers 3: Dark of the Moon must have made more sense in Azerbaijan. (No, really, it mostly explains why simpler stories like Finding Nemo do disproportionately well overseas-it doesn't account for it all.)

My main thought is that computer animation is different from traditional animation in convenient ways, which is not to say it is easier. Staying "on-model" is less of a problem; strange or complicated angles aren't the same kind of issue, and continuous shots are more practical. Coordination between different departments is more integrated (e.g. character animation and backgrounds). Certainly a computer animated film can be made more swiftly (although they aren't always; Tangled was in development hell for around six years), and time is money where animation staff are concerned. 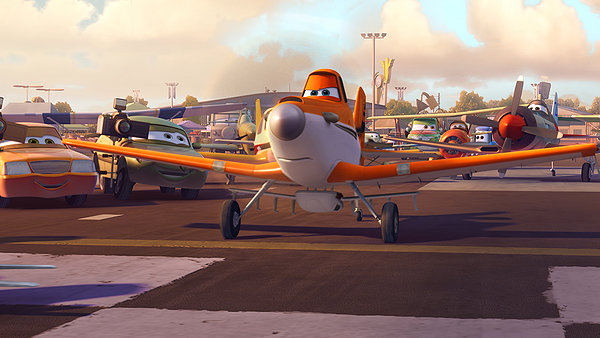 
Dreamworks' budgets are on the decline since Monsters v. Aliens, and Pixars' are holding steady at around $185 million. Escape from Planet Earth was visually completely passable, and that was on a mere $40 million. There's a huge talent pool of artists right now and they're making wise use of their budgets. Unfortunately, writing can be all over the map, but as long as parents assume children only need bright colors and not good scripts, that one can be a low bar.

Lastly, there's the chance that this is still coming. After all, Dreamworks profits are at best holding steady; their highest-grossing film was still Shrek 2. Pixar has been doing better, but their franchise films are still their blow-away moneymakers.

Franchises give out. Shrek ended with four when the plan was five, the Cars franchise was foisted onto DisneyToon. People seem to yearn for sequels, but by the fourth they are dead sick of the property. Yet, in the meantime, new stories have trouble gaining traction. Remember the Simpsons episode with Poochie? It's about the difficulties that come from keeping a longtime property alive. Disney film-goers usually want something both nostalgic and new, the consumer equivalent of having your cake and being a huge asshole. Granted, this was applicable to The Simpsons too, but it aired in 1997, when people were already growing weary of the "Disney Renaissance". People were crying that Disney had lost their touch, unaware that this is the same complaint levied upon Bambi's original release in 1942. It's easy to perceive a downturn when you can't think back further than the last two or three films. Toy Story (1995) was also a strong opener to an alternative, and, well. Here we are.

Though I don't foresee a downfall, I wouldn't be surprised if a few of the new studios flicker out. I'm betting on Illumination Entertainment and Blue Sky, but that might just be wishful thinking. I would say Crest Entertainment director Richard Rich only has more Swan Princess and Alpha and Omega in the pipeline, but damn, that guy just doesn't go down. Hey Richie, here's a thought: an adaptation of The Little Engine that Could. I think you could do it justice, you nutty spud.