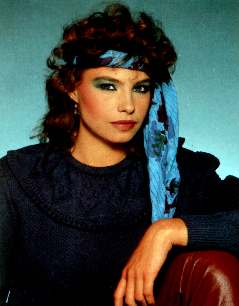 Zack: Back in the good old days Rambo was a lot less masculine.

Lowtax: No you dolt, Rambo was red. This is clearly PLAYER 2 from "Ikari Warriors."

Zack: Oh man, you're right. I hope she's ready to face the impossible skeleton man in the chair.

Lowtax: Or the completely bizarre part where she has to start throwing grenades at bees the size of compact cars.

Zack: War. War never changes. One minute you're fighting off the Viet Cong with an M-16 and some hand grenades and then the next you're going after giant apes that throw deadly skulls at you and destroying a helicopter flying around a cave.

Lowtax: That sounds like Caliber .50, the game not afraid to portray the horrific and graphic outcome of man vs. cattle warfare that was so prevalent in the Vietnam War. I, for one, never knew that after shooting a cow or turtle to death, you were rewarded with free ammunition!

Zack: These days all the war games are like "man down, we need an artillery strike, bla bla bla." Where is my version of the invasion of Iraq where Saddam is a hundred feet tall and shooting ghosts out of his head or where Afghanistan is defended by a dragon that drops eggs on you?

Lowtax: She has a look on her face saying, "I'm mad about... something." Like she was really angry about something, but then, right before the photographer took the picture, her short term memory went out and she forgot.

Zack: I think she looks like she's eyeing a barbarian in a tavern somewhere, trying to determine if he's the Conan to her Red Sonya. Or Blue Sonya as the case may be.

Lowtax: She's looking for the PLAYER 1 of her dreams.

Zack: If you play your cards right she might just let you take one of her lives when you've squandered all of yours trying to get weapon power ups and dying.

Lowtax: Yeah but you know she'd be all pissy with you. "What the hell were you doing out there, trying to get the gas tank icon? You knew the 30-foot bees were all over that hot spot!"

Zack: "Chivalry is dead! You didn't even stand on the pressure pad to hold the door open you just ran all the way to the edge of the screen so that is scrolled over and trapped me against the door. Hmph! Men!"