Last year saw the release of only one film in which aliens played a central role: CR office favorite Skyline. This year saw no fewer than eleven movies about aliens: I Am Number Four, Battle Los Angeles, Mars Needs Moms, Paul, Super 8, Green Lantern, Cowboys and Aliens, Attack the Block, Apollo 18, The Thing, and The Darkest Hour.

Of these, only Super 8 and Battle: Los Angeles really made much of an impression at the box office, though one might argue that the robots in Transformers 3 were technically aliens (incidentally, one might also be a pedantic moron who's missing my point). Additionally, only a couple of these films curried any favor with critics and audiences. In cinema's eyes, 2011 was supposed to be the Year of the Alien. In reality, it turned out to be the year aliens became box-office poison.

So what happened? Did we really grow weary of extra-terrestrials so suddenly? Has the current socioeconomic climate caused us to shy away from examining The Other? Or did the end of the space shuttle era signal an end in anyone giving two shits about outer space? The answer, I think, is far simpler. 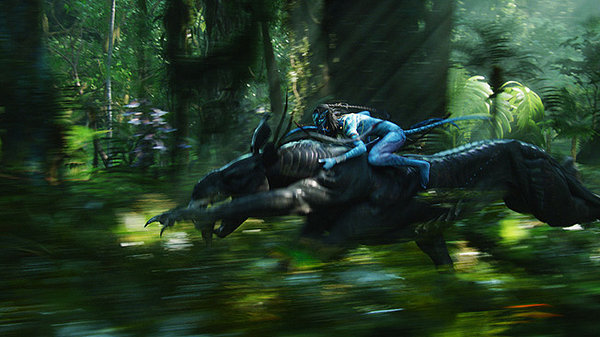 It's all your fault!

It makes perfect sense why we're seeing so many alien movies post-Avatar. Everyone wants a piece of that pie. When you release a film in the middle of an economic recession, and you ask people to pay extra to see it in 3D IMAX, and then it out-grosses the most successful film of all time by almost a billion dollars, people are going to try and emulate that. Now, I'm not saying that the people behind Attack the Block or Apollo 18 thought they might make bank riding on James Cameron's coattails, but I'm sure it's crossed the minds of more than a few executives.

"Didn't you see the numbers, Gary? People want aliens! Put an alien movie on my desk by 5 o'clock, or your ass is out on the street! Someone bring me my surfboard; there's a wave coming and I intend to ride it!"

And if the metaphor we're using for all these films is a tsunami, then Avatar is certainly the seismic shift that triggered it. But that still doesn't account for why so many of these films failed to connect with critics and audiences. Maybe I should make an addendum to my earlier statement: Avatar didn't ruin cinema; Avatar ruined our perception of aliens in cinema.

The reason for this, I believe, is that people's response to the Na'vi was so overwhelmingly (and inexplicably) positive, that the prospect of aliens with evil motives or more monstrous tendencies simply didn't gel with our new preferred image of aliens from the most popular film of all time. 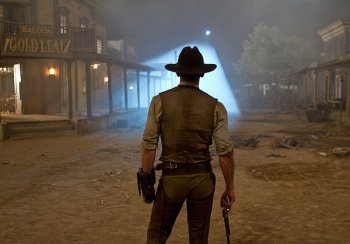 I'm a cowboy, you're an alien. Together we are... Cowboys and Aliens!In Avatar, we were the invaders. We were the ones coming to harvest resources and destroy the native wildlife. We were the ones with the freaky technology that tried to replicate the way the locals looked and acted. In that way, Cameron's film was a reversal of the scientific elements of Independence Day or any of the Body Snatcher films. The whole 'going native' trope was the film's more general trajectory, but it also had the effect of making us examine our own imperialistic nature through the guise of eco-conscious science fiction.

Now compare that to Battle: Los Angeles, which is almost a perfect re-reversal of everything Avatar stands for. Here, aliens are invading in order to harvest Earth's water (you want the dirty ocean water off the coast of Los Angeles? Fine, take it!), and they begin systematically wiping out everything in the neighborhood. There's no slow escalation, no establishing the characters, and certainly no attempt at humanizing any of the aliens. They land, they invade, and the movie is off and running. All we really see of the aliens is their technology, including all the gadgets and machinery grafted on to their infantry. The alien soldiers appear every bit as inhuman and foreign-looking as our own marines are sometimes described as being. All this really accomplishes is to make it seem less horrific when Aaron Eckhart stabs an alien to death just to find its weak spot. Transplant this scene into Avatar, and you'd have a nightmare on your hands.

This dehumanization of aliens occurs almost across the board (except for in Paul, where the only thing being dehumanized was Seth Rogen). In Attack the Block, The Thing, Cowboys and Aliens, and even Super 8, the aliens are designed not to look like a creature with which we might sympathize, but rather monstrous animals that may or may not know how to fly spaceships. They exist almost exclusively as giant stabby things from another planet. Super 8 is the odd man out here, since it actually attempts to turn its alien into something resembling a character. It gets a tragic backstory, a heartwarming exit, and more than a few chances to kill some of the people out to murder it. Of course, it still looks like a giant crab-lizard demon with a Cloverfield-face, and I'm pretty sure it ate a couple of kids, but beauty is in the eye of the beholder, right?

You look ridiculous. Both of you.Green Lantern tried to follow Avatar's lead by having some of its alien characters appear human but with crazy features and neon skin. However, because most of the action took place on Earth and involved regular-looking people, it hardly even registered as an alien movie for most people. In addition, it's considered one of the worst flops of the year, mostly because the studio sunk hundreds of millions of dollars into rendering all the aliens in the Green Lantern Corps (not to mention Ryan Reynolds' hideously silly CGI costume), and then only utilized them for about fifteen minutes. Either make a CGI Green Lantern movie or don't; doing both at the same time is a waste of everyone's time and money.

Now, to wrap up, I've polled exactly two people about this year's crop of alien movies, and journalistic integrity being what it is these days, I've decided that that's enough to form a cogent opinion on the moviegoing public at large. My interviewees said they hadn't seen most of the films I listed, but they agreed that Green Lantern and Cowboys and Aliens were some of the worst things they'd ever seen. Regarding the other films, their consensus was, "Oh yeah, that sounded kinda cool." When asked if it bothered them that aliens were being turned away from Avatar's blue humans and more toward flesh-hungry death machines, they said, "Well, at least I don't have to think about fucking one of those things."

2011: The Year We Stopped Wanting To Fuck Aliens.