Why "Movie of the Year" isn't Always a Good Thing 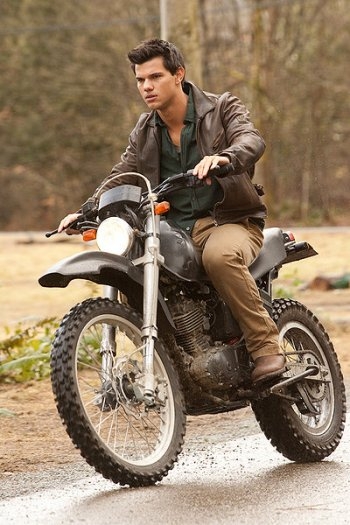 Yeah, okay.Folks, if there's one thing my time as a professional movie-talk-abouter on the internet has taught me, it's that this year has been the worst year for movies since last year, which was the worst year since the year before that. Coincidentally, I have also learned that all of these years were actually the best years for movies, so there you go. What this means, of course, is that the phrase "Movie of the Year" gets closer and closer to meaninglessness every time it's used, in each successive year, by each person with access to a keyboard. Therefore, I think it's time for a redefining of the term, and that is why it is time to declare The Twilight Saga: Breaking Dawn The Film of 2011.

Now before you go about spreading the outrage and controversy that always drives up our page views, please note that I didn't say "The BEST Movie of 2011." Let me explain. Every once in a while, a movie comes along that fits so perfectly with the tone and feeling of the era in which it is released that it inadvertently becomes a defining moment in film. Right now, as a society, we live in a time so confusing, so flat-out ridiculous it lends itself to a sort of sarcastic desperation. When you look at something like, for example, the Republican Presidential Primary Race, everything about it seems like it's actually satire. This feeling, the idea of looking at something and saying "This is a joke. This has to be a joke, nothing can be this terrible naturally, it has to be intentional," is pervasive in this generation, and it's also the exact proper response to anything you see in Breaking Dawn. The emotions and responses one has toward this film are the exact same as what one should have every single time they turn on the news.

We've covered this before, but the truth is that it doesn't even matter if you believe Sean Hanson's Theory of Intentional Terribleness, the very fact that it exists and seems remotely plausible is proof that Breaking Dawn is 2011 in celluloid form. This past year can be summed in in six very simple words: "Sure. What the fuck. Why not?" Now, apply that response to the following stories from the year/plot points from Breaking Dawn: 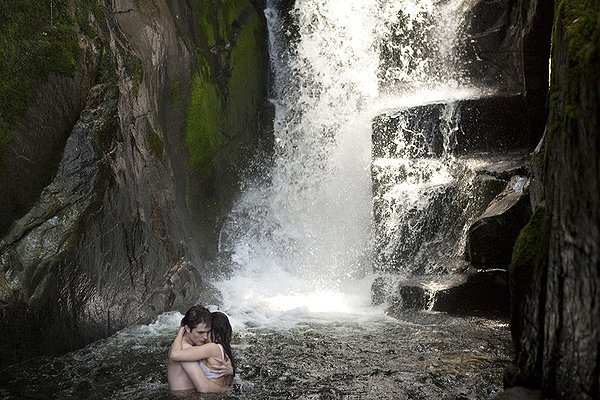 Put another way, imagine someone walking out of a screening of Twilight back in November 2008. Imagine being able to go up to this poor person, after what they've just had to endure, and telling them that the third sequel to the film they just watched will feature a young woman drinking a blood slushie out of a to-go cup to appease her psychic demon child's appetite for human blood, even though she herself is full of blood. Tell them the movie will have a vampire cesarean, and that Robert Pattinson will look at the screen and smile after doing it. When they're done processing this, you can then tell them that the Internet will someday be divided for months over the moral and artistic value of grown men watching My Little Pony. Tell them about Enema Man and Snoopy Snoop Poop Dog. The response to each of these statement will be "Wait, are you friggin serious?" Most likely repeated over and over, in a louder and higher pitched voice each time.

The bottom line is that not only is Twilight:Breaking Dawn THE film of 2011, but in fact, the two also have a symbiotic relationship. This is a movie that could not be made in any other time period. We have to realize that the most important thing about Breaking Dawn is that its target audience is young women between the ages of 14 and 20. By making this film, and making it so close to its source material, we are basically admitting that our youth are ready to accept some of the hard, crazy truths of life. Honestly, they are. Breaking Dawn is rated PG-13 with an R-rated amount of gore because we're aware that teenage girls have seen worse, and will probably see worse in their lives. They're aware of the negative in the world, and they are better equipped to handle it when it comes their turn. America's been at war every day of these kids' life; surely they can handle a little spine-breaking-from-the-inside. It's almost respectful, in a way. At the same time, no one bothered to retouch the inane dialogue because Twilight's audience is composed of people who spend hours watching a cat with a Pop Tart body shitting rainbows. 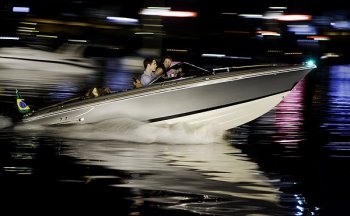 Fine. Sure. Whatever.So there it is. Breaking Dawn is the Movie of the Year 2011, because both the movie and the year were made by and for people who realized the ridiculousness of what was happening, yet could not or would not do anything to change it. When my children ask me what it was like living when someone tried to say pepper spray was basically a condiment, I will say nothing. I will merely go to the chest in my room my children have never seen opened and produce Twilight: Breaking Dawn Part 1. When they are finished watching it, their mouths gaping and heads cocked with confusion and despair, I will lean down and whisper to them, "That's how daddy felt all year long." And the best part is? There's still another one coming. Another what? Year or Twilight movie? Exactly.