The History of Cinema, Distilled

I've seen a lot of movies this year, perhaps more than any year prior. It's been a staggeringly good year for movies in general, but only one film comes out on top for me. Martin Scorsese's Hugo was the film that spoke to me as both a lover of film, and a lover of history. 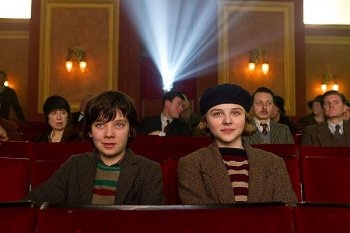 Wait, which one of us is watching a film right now?Much has been said about Hugo being a movie about the love of movies, and while this is very true, it is also a movie that is mostly about broken things and people, and how they can be mended. This, I feel, is the true heart of the story, which uses the history of film as a backdrop. Hugo started life as a unique book which was a combination of novel, comic, and flip-book. Adapting this into a film could have been a challenge for a lesser filmmaker, but Scorsese embraced the book's odd structure and used different tricks to bring the story to life, the biggest being the film's use of 3D, which is stunning.

The film follows the adventures of the titular Hugo Cabret, a boy who lives in the walls of a Parisian train station, winding and cleaning the clocks. In his spare time, he steals gears and cogs from a toy shop in the station, garnering the ire of the old man who runs the place. Turns out, all these parts he's been stealing are to fix an old automaton wind-up figure that he believes holds a secret message from his dead father. After befriending the adopted daughter of the toyshop owner, the two set out to solve the mystery of the automaton and discover a connection that allows Scorsese to weave a fun, fictional tale through the real life story of filmmaking pioneer George Melies.

Melies used his background as a stage magician to craft effects and imagery that audiences had never seen before. In his time, he made over 500 films, but was disheartened when his works became less popular after World War I. For years, it was thought that his films were all lost, but eventually many were found and restored. This is where the motif of broken things comes back to play. Most every character is broken in some way, but none more than Papa Georges, who wishes to forget his filmmaking past rather than remember the joy he brought to audiences. He, like his films, has deteriorated with time, barely resembling the man he once was, but with the help of Hugo, he finds himself restored. It's interesting to see Scorsese take a subject so close to his heart like film restoration and apply it to his characters as well. We watch as Hugo works his way into the lives of the other characters, trying to fix himself and find a family of his own, but in doing so, he restores hope to several characters. 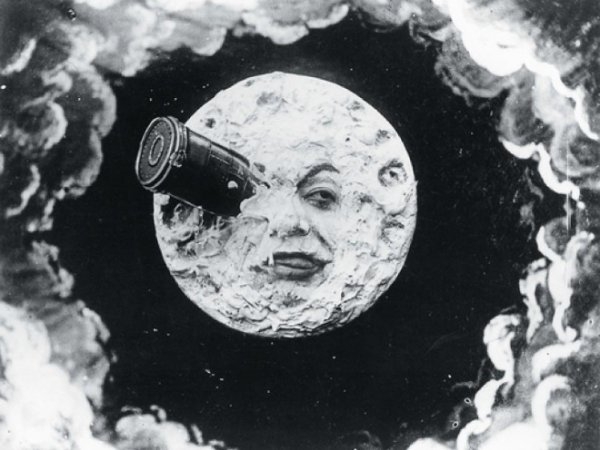 This is what is commonly referred to as "hard" sci-fi.

As I said before, this film is in 3D, and I feel that this is the only way to see it. I know many are tired of the 3D fad, and they groan when they hear the very mention of those two characters together, but I seriously feel that this is the movie that the 3D fad came back for. Avatar was certainly a thing to behold, but I'll probably never revisit Avatar like I will Hugo. I've already seen it twice in 3D, and I never want to see it in 2D.

This film is a magical journey, not in the sense of whimsy and fantasy, but the film grabs you by the hand and takes you on a trip through some of the seminal moments in film history, all while being exceedingly entertaining, as well as extremely heartwarming. In a year full of amazing films, it was a great treat to have one of the strongest filmmakers working today take some time to teach us all a little bit about what has come before, all while using new technology to show us where things will be headed.