It's no surprise that Drive and Hanna have been worming their way onto critics' year-end lists: both apply an arty aesthetic and great ambiguity to semi-standard action formulas, which gives an out to critics who don't necessarily want to hail Rise of the Planet of the Apes and Fast Five as two of the best films of 2011.

What's surprising are the similarities they share with each other and a grievously misunderstood film that was conceived, born and butchered in Hollywood. One that tanked in March, divided critics and found its way to only one top-ten list in the nation: Sucker Punch. 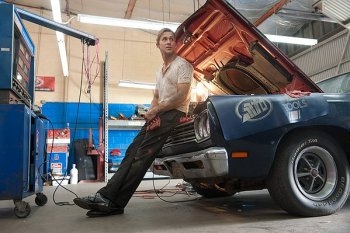 So dreamy.Each of those three films presents an empty vessel of a protagonist and allows the audience to fill that vessel with their own projections, fueled by the scant evidence present in the films themselves. To that end, the degree of each film's success can be measured by just how much ambiguity remains. Drive, the best of them, refuses to provide its protagonist with a name, much less a motivation. Hanna, rearing up in number two, allows peripheral characters ample time to talk, but it ends the way it began: A reverse POV shot of Hanna firing her Luger, uttering a symbolic lament ("I missed your heart") and a smash cut to the title card, stark white on red. Sucker Punch, which in its own way transcends conventional concepts of good and bad, establishes a rough sketch of Babydoll in its slick ten-minute opener before it devolves into a series of nested fantasy sequences.

Drive, Hanna and Sucker Punch ask difficult questions of viewers: What would make us become pathologically stoic like The Driver? How would we react to the vibrance of Morocco and the philosophies of others if we had been raised alone (read: trained to kill) by Eric Bana in the Finnish tundra, and to what extent must we betray our parents to discover ourselves? And what on Earth could possibly make a 15-year-old girl share the same fantasies as a 15-year-old boy raised on World of Warcraft, Call of Duty, samurai flicks and Internet porn? I've seen each of the films in question twice, and each time that second viewing illuminated the first.

In Drive, the style of which is equally informed by French New Wave crime flicks and Miami Vice, it's easy to write off Driver as a reticent man in pursuit of the ultimate cool. Only as the film unfolds do we begin to assume that he's deeply wounded by something in his past and hesitant to return to his former, violent self, which could play out as the well-worn "one last job and them I'm through" cliché if the character weren't so damned young. There's more than one skeleton in such a small closet, and it's chilling to see a character equally capable of brutal violence and tender feelings, both for his mechanic and his neighbor.

This theme -- this complexity -- is reflected in the presence of Albert Brooks, an actor whose warmth we have been conditioned to receive and whose mercies we confuse with kindness. It's also there in the refrain from its makeshift theme song: "you have proved to be/ a real human being/ and a real hero." We're supposed to see ourselves in The Driver; that capacity for both good and bad, and the occasional inability to differentiate between the two, is what makes us human. Ironic that Drive's detractors claim Ryan Gosling essays a one-dimensional character when, really, the very existence of his character highlights the one-dimensionality of his action-film contemporaries. 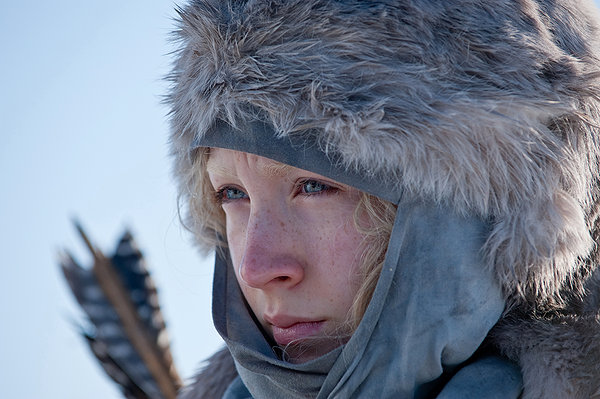 Hanna, in its PG-13 way, presents a protagonist on an equal but opposite course, one that takes her from ruthless killer to semi-developed human being with a conscience ... in baby steps, which works to its benefit because no one wants to see an edgy thriller about a teenage assassin turn all mushy in the last reel, right? Lord knows we got enough of that last year with Kick-Ass. And while I wouldn't dare spoil one of the best films of 2011, there's subtlety in the damn fine parallel between Hanna's opening and closing shots, and a marked superiority in its fable-inspired ending over, say, the final heist of Fast Five (great though it may be).

Director Joe Wright provides viewers a clearer trajectory for Hanna's character, but we're still left to fill in the gaps with projections: Why does she react that way to her first kiss? What's the significance of the parallel shots? Why does she press a button at 15 that will ensure she'll be on the run for what might be an abbreviated life? Why is the final sequence set in a theme park inspired by Grimm's fairy tales?

Hanna remains as introverted as The Driver, but there's a crucial difference: In Drive everyone struggles to mind his own business, while in Hanna, those surrounding her (especially a British family in whose camper she becomes a stowaway) are constantly pitching their philosophies, unknowingly daring her to live a life that's not centered around violence -- almost as if ... no, wait, that can't be ... Wright & Co. are daring action-film heroes to put down their guns and, to quote Almost Famous, "become a person of substance." 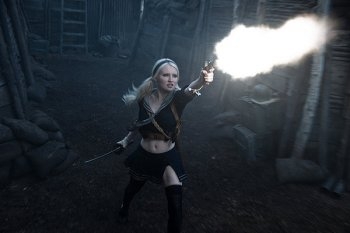 Pow! Pow! You levelled up!Sucker Punch is the odd duck, simultaneously a best and worst movie of the year. It's true that director Zack Snyder radically chooses style over substance at each turn, leading to a queasy sexualization of teenage girls (that he cast Emily Browning, who looks perpetually 15, is a testament to the lines he's trying to blur) and a narrative that has all of the layers of Inception with apparently none of the purpose. Everything that happens in Sucker Punch is rendered inconsequential by its premise, and yet, the second time around, it's obvious that for Snyder the style is the substance, for a very good reason.

The film takes on new meaning once one realizes how the physical and sexual abuse merely touched upon in those first 10 minutes is evidenced by the substance of Babydoll's fantasies (and, hell, even her nickname). Instead of analyzing how the film treats gender, analyze how her fantasies treat gender -- objectified, sexualized girls (who are never shown having sex) take on wave after wave of male authority figures -- and how that might reflect an abused teenage girl whose only escape is a fantasy life fueled by ... action movies. And Xena: Warrior Princess.

If anything, I hope we remember 2011 as the year unconventional action movies pushed the boundaries of what the genre could do and challenged the status quo. Rise of the Planet of the Apes and Fast Five were fine films indeed, but Drive, Hanna and Sucker Punch possess great qualities that will (hopefully) invite more repeat viewings than Vin Diesel and Andy Serkis.