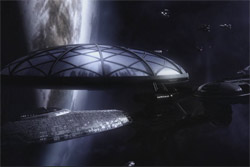 Finally, a place worth being in this lametard fleet!Woo, long time no see, baby! I am having a blast and loving life. You could say I am on Cloud 9 and that's because I am, baby! I have been living it up on the fleet's only luxury liner since the last time we talked to each other.

I have made so many friends here. Rissa, Lema, Big Tug, Zerpo, Shevon, La Truccia, Mecha Margo, Kizzwell, Chest Helpert, "Doctor" Don Delicious, and so many more I don't even have to mention. Plus all the men! Ah, the men. So many, handsome pilots coming in and out (lol!!!!!) of Cloud 9 because it's their recreation facility.

After Shevon ran off to gods know where I've had a few choice encounters with my old friend Lee. You remember Lee, right? Total beefcake plus he's a pilot. We've had kind of an on again and off again thing going. Guess who likes to be tied up and tickled? It's Lee! He's the guy I'm talking about!

Right now we're "off again" but he's sooooo hot I know we will make it happen again. As long as that meddling klunt Kara Thrace keeps her little pig nose out of our business.

There's an election going on right now. How about that? Some civilization returns to mankind. I liked president Roslyn, but Gaius Balatar is a serious hottie and he sounds so smart with that accent of his on all the debates. I listen to them all.

Anyway, I'm still a little tipsy, but I am going to go vote and then straight away I'm off to Pegasus to see if I can make things happen with Lee. 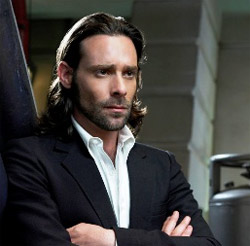 Ooooooh PrEsident HuNKKKK!!!I am in such a bad mood right now I don't even really want to talk about it. I thought maybe talking about it with you would get some of this anger out of my system.

Okay, so, good news and bad news. I'll give you the good news first.

The good news is that Gaius Baltar just got elected president. Woohoo! It turns out votes still count even in this crazy day and age. The cylans couldn't stop humanity from exercising our democratic rights as citizens of the 12 Colonies.

The bad news, and this is major bad news, is that I haven't been able to see Lee. I finally was able to get through to talk to him earlier today but he's too busy to see me because an atomic bomb blew up Cloud 9. What am I supposed to do on Pegasus with him running around in space? At least that two-bit floozy Kara Thrace is nowhere to be found.

Pegasus is nicer on the inside than Galactica, so that's something.